Why Brian Clough Means So Much To Many Nottingham Forest Fans

Posted by footballgambler on May 4, 2020 0 Comments

This year, 2020, Brian Clough would have been 85 years old. But wait, who was he, and why is he important to Nottingham Forest fans? Well, he was the team manager for a long time until his demise. Despite him being no more, football fans celebrate him to date. Below is a quick peek into his career and why England football fans revere him so much. 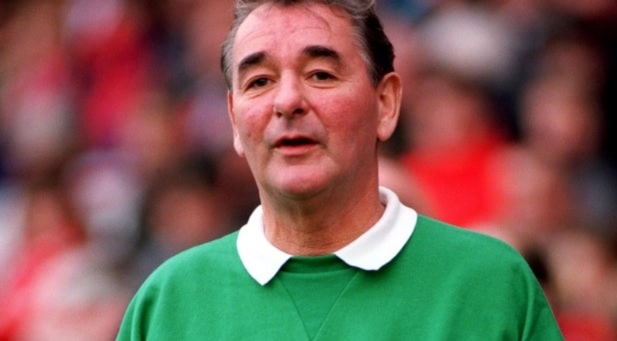 Brian Clough was a legend at the City Ground. (Image Source)

Before we start, for those who might not know who he is, picture Jose Mourinho, but only several times better.

Brian Clough Was Similar To Mourinho – Only Much Better

Many football fans thought of Mourinho as being arrogant. And the fact that he dubbed himself ‘the Special One’ out of the blue did not help his case. But on the flip side, with every game, he proved himself and backed up his confidence. Under Mourinho’s guidance, Chelsea went on to win the Premier League title thrice. Winning the title not only proved he was among the best coaches, but also that the Portuguese methods yielded fruits.

The type of game he conjured had only been seen three decades before his time in Brian Clough. Brian Clough was a sharp-witted player who was impressive on the field. However, his career ended sooner than expected as a result of injuries. But even in his heydays, he often rubbed people the wrong way. Even so, no one could deny his innate ability to wring every drop of ability from his players.

Once he was asked if he was the best manager, and he politely disputed being the best at the time only to name himself ‘top one.’ It was this kind of boasting plus stubbornness that had people calling him ‘Old Big ‘Ead.’

Clough led Nottingham Forest and Derby to win league titles. And in the case of Nottingham Forest, they went on to win European Cups. During his time, there were a lot of ups and downs, the least of which was a fight on live TV with Don Revie. But despite the challenges, when he finally retired because of his failing health, the Nottingham Forest fans never forgot his contributions to English football.

If you are a football fan and love betting, you know how important it is to know the history of the team you are betting on, and it’s players. With this knowledge, using sites like Comeon betting will be quite fruitful. Speaking of player history, Brian Clough’s managerial prowess usually masks his playing career. But this isn’t right especially given that Clough’s playing career was exemplary.

As a striker for Middlesbrough, he scored 204 times in the 222 games he played. While in Middlesbrough, he also helped win two cups in England. But in 1961, he joined Sunderland, where he scored 63 goals in the 74 matches he played. While in Sunderland, he was sidelined for two years because of a knee injury he sustained after colliding with Bury’s goalkeeper in 1962. He tried coming back from the injury, but he only played three games. He later retired at just 29.

The Start Of Clough’s Managerial Career

After retirement, Clough switched to coaching. He started with the Sunderland Youth Team and then progressed to managing the Fourth Division Hartlepool in 1965. At the time, he wasn’t particularly excited about the place. But this didn’t stop him from going all out and leaving a mark. By the time he was moving, he had led the team to finish eighth. Now, this might not be great, but for a team that had never been ranked that high, it was a big deal. After this, he progressed to Second Division (now known as the Championship) Derby County.

Remaining true to himself and all the controversy he brought to the table, he came in guns blazing sacking the off-field staff of the club and overhauling the team. While this did not sit right with many, his success kept many quiet. Under Clough’s leadership, Derby consolidated in Division Two (Championship), and then progressed to the First Division in 1969. They won the old First Division (now Premier League) title in 1972, and the following year went to the semi-finals of the European Cup (now Champions League).

He enjoyed all of this success with Peter Taylor by his side as the assistant. But their partnership came to an end after a spell with Third division Brighton. Clough left Brighton and went to Leeds in 1974, but Taylor didn’t join him.

Without Taylor, Brian’s Clough’s reign at Leeds was a shambles. He lost the trust of players when he told them to dump their medals in the bin, citing that they had cheated. His management of the team lasted for six games before he was sacked. His humiliation was compounded when he exchanged heavy words on live TV with Revie.

Now, though the failure was hard to take, Clough bounced back a couple of months later moving to Nottingham Forest. And after reconciling with Taylor, they worked together and built a legacy at Nottingham Forest, culminating with a First Division title in 1978, followed by back-to-back European Cups in 1979, and 1980. Clough also won four Football League Cups (EFL Cup), the European Super Cup, and one Charity Shield during his remarkable career at the City Ground.

To date, many people believe Clough was one of the best managers despite his shortcomings. To this day, his reputation lives on.