Women's Football Betting - The success of the FIFA Women's World Cup and the ever increasing in popularity FA Women's Super League, mean that betting on women's football is becoming more and more popular.

Popular women's football betting events include the FA Women's Super League in England. Across Europe there are ladies leagues in Spain, France, and Germany.

There is also a Women's Champions League competition. French side, Lyon, are the most successful club in women's champions league history - with 6 titles to their name. To date, the only English winners are Arsenal, back in 2007. 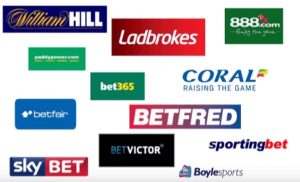 The 2019 FIFA Women's World Cup was one of the most watched events on television in the UK. With popularity comes interest, and when there is a lot of interest in something, bookmakers will offer odds. This applies to women's football, and is why women's football betting is becoming more and more popular.

The biggest week to week women's football betting events are the FA Women's Super League in England, and the UEFA Women's Champions League. Obviously the FIFA Women's World Cup is a huge event, but that only comes around once every 4 years.

The FA Women's Super League consists of 12 teams. All teams play each other home and away, a total of 22 matches, with the bottom 2 relegated. Some of the biggest teams in England now have women's teams, Liverpool, Everton, Manchester City, Man Utd, Chelsea, Tottenham and Arsenal are all represented in the top league.

The other massive tournament is the Women's Champions League. There is a huge qualifying process to go through to get into the last 32, when the proper tournament starts.

22 teams get a bye to the Round of 32 through the association coefficient rankings. The qualifying teams outside of the 22 coefficients, all compete in a tournament for the remaining 10 places.

When it gets to the Round of 32, it is just a straight knock out, with a single match for the final. With most of Europe's elite involved, it's not hard to see why it's a good competition for women's football betting.