Posted by footballgambler on February 19, 2021 0 Comments 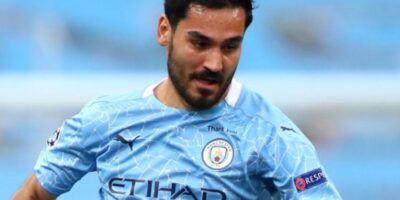 It’s fair to say that Liverpool have had a pretty torrid time of late.

That 7-0 dismantling of Crystal Palace at Selhurst Park pre-Christmas seems like an age ago given the spell that Liverpool have endured in the two-month period since.

The Reds were faultless that day against Roy Hodgson’s Eagles, with goals coming from all areas of the pitch. Roberto Firmino, Mohamed Salah, Sadio Mané, Takumi Minamino and Jordan Henderson all found the net during the rout.

It was a victory that cemented Liverpool’s name at the top of the table and reaffirmed their status as favourites in the outright Premier League betting market.

However, the tide quickly turned on Jürgen Klopp’s men. It wasn’t until the end of January, and some five league games without victory, that the Reds finally picked up their next three points.

It looked as though the Red’s were back on track with dual wins in quick succession. First there was a win over Tottenham Hotspur, and then another at West Ham United. Both wins coming on the road.

However, three defeats on the bounce against Brighton and Hove Albion, Manchester City and Leicester City has resulted in them dropping down to a dire sixth in the table. Leaving the defence of their first title in 30 years is in tatters.

Several mistakes from the ever-reliant Alisson throughout that period and a sudden lack of goals from the likes of Salah and Mané was proof that perhaps the once well-oiled machine of Liverpool was (or still is) being picked apart by their Premier League rivals.

Klopp and his trusty team of coaches would have let out a major sigh of relief when the final whistle blew against RB Leipzig in the Champions League midweek and his side had racked up a two-goal advantage heading into the second-leg. A match which will be Liverpool’s home tie but may not take place at Anfield due to German coronavirus protocols.

Major Confidence Boost for Liverpool ahead of the Merseyside Derby

By no means does the 2-0 win over the Bundesliga side at the Puskás Aréna in Budapest mean that Liverpool are back to their best. But it will certainly give the Reds much needed confidence ahead of the Merseyside Derby at home against their bitter rivals Everton this weekend.

Alisson had little to do against Leipzig as he kept his 50th clean sheet in a Liverpool shirt. But he can be thanked for keeping the scores level when he denied Christopher Nkunku’s effort early in the second half, just before Salah broke the deadlock. That was one of just two shots on target from Julian Nagelsmann’s men, however.

Liverpool’s Midweek Clean sheet will be a Confidence Boost

The clean sheet would have also boosted the confidence of youngster Ozan Kabak, who arrived at Liverpool on Deadline Day on loan from Schalke. He had a forgettable debut in the 3-1 defeat against Leicester as he clashed with Alisson leaving Jamie Vardy with an open goal, and he was also slated after Harvey Barnes raced clear of him to make it 3-1. But his solid performance against Leipzig was arguably just what he needed ahead of his first Merseyside Derby.

It would be foolish to suggest that Liverpool are back to their best after the European victory midweek. However, the result is just what they needed ahead of a clash against Everton. The fact that Carlo Ancelotti’s men have lost their last two games in a row against Fulham and Manchester City will make Liverpool all the more confident.