Home » What To Expect in Football Before 2020 Ends 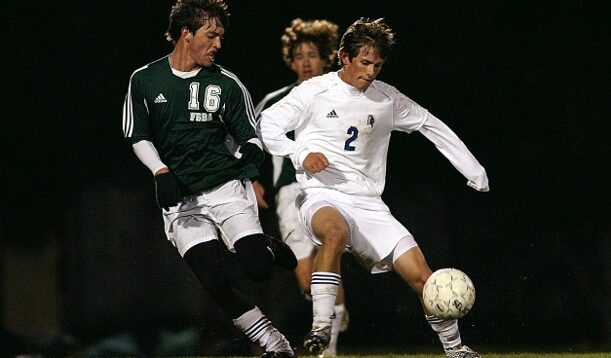 It may be watered down with no crowds, etc, but there is still plenty of football scheduled before 2020 ends to keep us entertained.

The recent crisis has shaped society in a way that specific rules and events have changed. Everyday interactions were made more distant and virtual, while it seemed that sports events were held in large gyms, surrounded by virtual audiences and loud theme music.

All of this in an effort to create a safe and secure space away from viral transmissions, while entertaining sports fans around the world.

What football can we expect to see before 2020 ends?

It is good to note that while most major sporting events have rescheduled or cancelled, there are still plenty remaining for our high-octane entertainment.

Here are the upcoming events and updates for football throughout the year 2020 until 2020 finally ends….

Earlier in March 2020, UEFA announced the suspension of the much anticipated Euro 2020, saying it will be postponed until the summer of 2021. This announcement was made on their official website and several media outlets during the start of the coronavirus outbreak.

Euro 2020 was one of the first major showpiece sporting events to be postponed due to the outbreak. The cancellation of domestic leagues and play-offs soon followed.

The resumption of the UEFA champions league gave the football community a huge boost. This resulted in all the usual hype returning, as well as betting on all the action. However, it wasn’t quite the same, as matches were played in quiet arenas with only virtual audiences.

Despite physical sports being placed in a sudden halt due to the pandemic, online entertainment was still earning revenue. There was actually an uptake in gaming, especially on popular betting sites.

Online entertainment venues, like the Betmaster sports betting site, used this as a perfect opportunity to handle bets and prize money in massive amounts. Especially for general predictions from odds and match results. The pandemic has given football bettors more time to pick bets, resulting in confident wagers in higher amounts.

The Premier League took a bizarre and unprecedented turn last season. The league did it’s best to try and return to some sort of normality this time around. The start date of early September meant the new season wasn’t delayed by very long.

Nevertheless, the small break between last season and this, has given Premier League fans the time needed to make their predictions. Here are some of their noteworthy predictions for the 2020 and 2021 season.

Pep Guardiola is out for revenge. And a lot of pundits say that Manchester City will be more likely to regain the title.

The signing of Nathan Ake to strengthen their defence supports this prediction. Potentially giving them a more solid looking centre-back combo, alongside Aymeric Laporte.

Manchester’s most significant obstacle to the title is Liverpool. If Klopp’s team have a similar season to last, they will at the least run City close for the title.

But with the presence of Raheem Sterling and Kevin De Bruyne, City fans will be confident they can over come the Red’s this season.

Liverpool set to lose at Anfield

This prediction is still debatable. While Liverpool‘s home record has been astonishing since April 2017, the law of averages says they will lose at home soon. There’s a limit to how long they can keep this going. And many believe the time is soon!

City are the team most likely to end the Anfield dominance. Although the teams aren’t due to play that fixture until February 2021, by when the run could already be ended.

Can Timo Werner hit the 20-Goal mark in the Premier League?

Predicting a team’s outcome is one thing, but predicting specific odds such as this might be considered a bold move. Or alternatively, an an expensive flop.

However, looking back at players like Andriy Shevchenko and Gonzalo Higuain, might help show how difficult this could prove.

There is a good percentage that Werner will not hit the 20 goal mark for Chelsea, but I do expect him to do well this season.

However, with capable players like Kai Havertz and Hakim Ziyech supplying him, Werner could well hit the magic 20 goal mark.

Despite the announcement of the Euro 2020’s postponement until 2021, some people may well be sticking to their same predictions for next year.

Portugal, the current league champion, has matured as a team. While their most outstanding rival, France, has grown in confidence since winning the world cup.

Aside from that, Italy are looking stronger. Despite its failure to qualify for the last world cup.

The Italians have a point to prove, and will be determined. There is also the continued threat from Belgium, who still have the players capable of winning a major tournament.

Finally, other powerhouse teams. The likes of the Netherlands, England, Spain, and Croatia, all capable of going all the way.

Despite these strong rival, tipsters still see Belgium as the chief rivals to France, and defending champions Portugal. The team has played together for a considerable time now. To underestimate Belgium would be a mistake.

With the current crisis changing how sports entertainment and professional leagues are played, it is good to see fans getting this excited for upcoming competitions.

However, it will still be hard for us to predict the likely winners. Preparation as always will be key, as will who best handles the situation that we could find ourselves in come the time. One thing is for certain, and that is no one knows what the future holds.