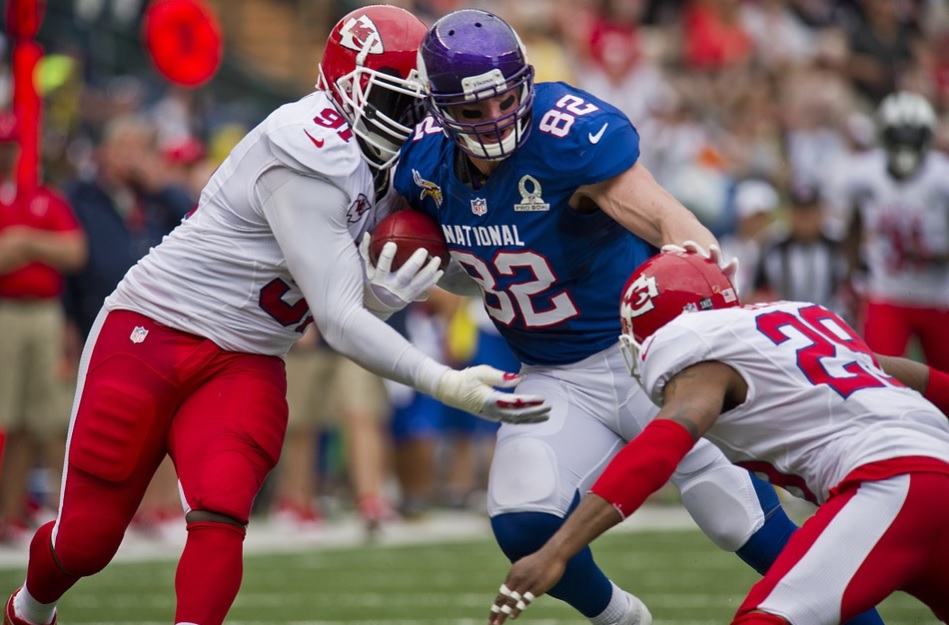 The 2020 NFL season has finally kicked-off a few days ago, with the Kansas City Chiefs winning against the Houston Texans.

With only a limited audience allowed at Arrowhead Stadium, the Chiefs had proved once again that their talent as a team is more boosted compared to what they have shown last Super Bowl LIV.

In line with that, the DFS football games are also working out online to provide every fantasy player an opportunity to wager.

After the Texans and Chiefs game, the rankings for the best players, especially the quarterbacks, have moved significantly today.

Bet on the best NFL Quarterbacks in 2020

While the remaining 30 teams from both AFC and NFC will have their opening games in the next few days, the 2020 NFL picks for the top quarterbacks in the DFS plays are now up to bet. Let’s get to know the most powerful quarterbacks you can choose for your next DFS football line-up.

Patrick Mahomes is perhaps the youngest yet the most famous quarterback in today’s NFL season. He made it easy for the Chiefs to dispatch the Texans in the opening game, throwing three touchdowns and 211 yards.

With this, the Chiefs maintained a 24-7 lead, winning all throughout the match. With a lot more games to look forward to in the 2020 NFL season, Mahomes has continuously proved to football fans and DFS players that he’s a quarterback you should never let out of sight.

The Baltimore Ravens might find their way up to the Super Bowl LV finals today with Lamar Jackson as their main quarterback. In the DFS football plays, Jackson is behind Mahomes in the current ranking.

Looking into his last year’s run in the NFL, Jackson has impressively tallied 36 touchdowns and throws 7.8 yards per attempt.

These alone are good numbers to look at, and if he dazzles well in the upcoming matches, his chances to cope up with Mahomes in DFS picks are huge.

Leaving the New England Patriots with the worst season last week, Tom Brady has been traded by the Tampa Buccaneers this NFL season. As one of the veteran QB’s in NFL history, Brady’s talent is undeniable.

In today’s DFS picks, Brady is a great pick for QB players you can include in your line up. The Bucs will surely hone Brady’s talent after offering a QB-friendly system and tools for a massive rebound.

With this, his efficiency to make touchdowns and passing yards are more upgraded compared to what he did last year.

At 31, Russell Wilson continues to impress every football fan in the world. He’s the only quarterback who started eight victorious seasons with the Seattle Seahawks and didn’t have any losing year in the NFL.

Last year, he brought the Seahawks to an 11-5 record.

Today, Wilson joins the poll for the top quarterback picks in the DFS plays. Arguably, Wilson will continue to lead the Seahawks in their quest for the Super Bowl LV title.

He’ll never disappoint and will surely step-up in the upcoming matches.

If Drew Brees had never suffered a thumb injury, leading him to miss five games last season, he’d be a sure candidate for the NFL MVP Award.

His numbers last season were quite impressive but failed to sustain because of leaving a few games.

Today, he’s back for the New Orleans Saints as the starting quarterback. Brees has finally recovered from his injury, and there’s a huge expectation for him to show an excellent performance this year.

The Green Bay Packers might find another silver lining in the 2020 NFL quest as Aaron Rodgers returns as their starting quarterback.  He had been in the team since 2005, and Rodgers has brought many recognitions for the Packers.

That said, he is also one of the best picks you can consider in your next DFS football plays. Rodgers completed 4,002 yards passing,  183 yards rushing, 26 touchdowns, and four interceptions last season.

Upon joining the Dallas Cowboys in 2016, Dak Prescott immediately broke a record of being the most prolific quarterback in the NFL stage.

Apart from that, he has built the Cowboy’s offense stronger, making them an impressive team to look forward to in this year’s NFL season.

Prescott made an overwhelming record of 4,902 yards, 277 yards rushing, 11 interceptions, and 30 touchdowns in the last season. Today, he’s a huge pick you can choose for your next DFS plays, which can surely help you win your bet.

DFS football is one best way to create your dream team and earn considerable money at the same time. Now that the 2020 NFL season has begun, your chances of forming a powerful DFS football team come bigger.

By considering the top quarterbacks above, there is no doubt that you can form a more solid and successful fantasy football roster.