Posted by footballgambler on February 25, 2020 0 Comments

Football Betting – Liverpool took another step towards the Premier League title on Monday, with Sadio Mane scoring the decisive goal in the 3-2 win over West Ham at Anfield. 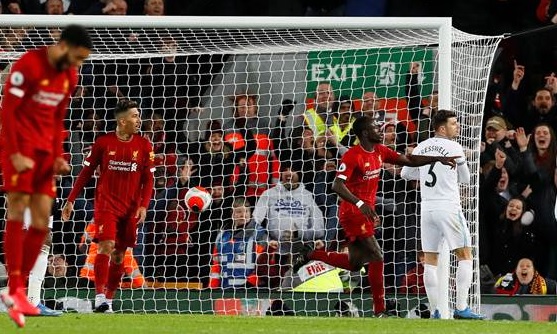 The Reds were expected to brush aside West Ham and record a routine win. It was anything but that though, with West Ham leading 2-1 for a spell during the second half.

That was until Liverpool’s saviour, Łukasz Fabiański, came to the party. The (so-called) West Ham stopper first let Mohammed Salah’s tame effort go through him for the equaliser.

Fabiański then followed up that blunder, by getting himself caught in no man’s land for Mane’s winner. It’s not like Liverpool need any help.

From West Ham’s perspective, I thought they really showed up and played well. West Ham have these performances in them, they won 1-0 on the road at Chelsea back in November.

If they can cut out the stupid blunders and play like this until the end of the season, they will have a very good chance of avoiding relegation.

On the other hand, if the other West Ham turn up too often in their remaining 11 matches, they will go down.

The Reds now sit 22 points clear at the top of the Premier League. It’s not a case of if they win it. The question is, when are they going to win it?

Use The Best Football Betting Sites For Premier League Betting

Liverpool are now as short as 1/1000 with some bookmakers to win the Premier League. With some of the better football betting sites, they are 1/100.

It’s the same with Manchester City. Skybet have Pep’s men at 28/1 to win the Premier League, while you can get 300/1 with Betfair and Paddy Power. Bizarre stuff!


UP TO £100 IN FREE BETS FOR FOOTBALL BETTING FROM BETFAIR