Posted by footballgambler on January 13, 2019 0 Comments

Wolves have tucked us up a few times already this season with our free premier league tips, but I'm opposing them again. Sure they've done well against the big boys this season, but they haven't faced Man City at the Etihad in the Premier League! 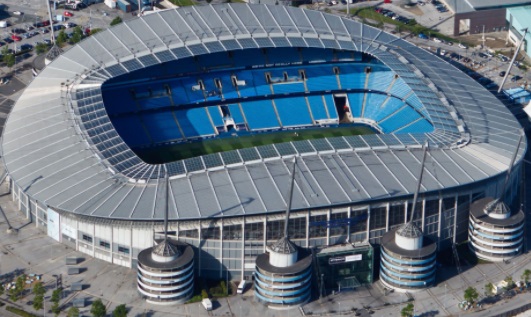 The Etihad Stadium has been a daunting place for opposing teams this season.

Going to the home of the champions, and playing against them in front of their home crowd will be a different proposition. As well as Wolves have done, this could be the night they come undone.

Obviously a bet on Man City will be too short, they are currently just 2/11. So with 90 minute betting odds that short, we will look to the Handicap markets instead.

Recommended Bet – 5 Points on Man City to beat Wolves at -2 Handicap, at 6/4 with Betfair.

Wolves have tripped us up on more than one occasion this season. In the matches away at Old Trafford, and the Emirates Stadium, they got two 1-1 draws. They also blew our last tip when they won away at Spurs in December.

Their form is impossible to predict, probably a good reason for not going near them with our tips. After the 3-1 away to Spurs, they lost 2-0 at home to Crystal Palace. They then followed that up with a 2-1 win over Liverpool in the FA Cup last Monday. Just how can you legislate for that?

City Finally On A Charge

City on the other hand look like they are hitting their straps. They now know that they can't afford any more slip ups in the Premier League, as Liverpool will punish them.

The Reds win away to Brighton on Saturday restored their 7 point gap that at the top of the table. Yes, City have a game in hand, but they obviously have to win it.

Beating Brighton 1-0 at The Amex Stadium is one of those results that teams looking to win the Premier League have to grind out, and Liverpool are doing just that.

City's last three matches have seen them win 9-0 against Burton Albion, 7-0 against Rotherham, and 2-1 over Liverpool. Yes, the two thrashings were against lower league teams (in Carabao and FA Cups), but they're not the performances of a struggling team.

Before that, City won 3-1 away at Southampton. The two proceeding matches to that win were the 2-1 defeat away at Leicester, and 3-2 home defeat to Crystal Palace .There were the two results that enabled Liverpool to open up the gap at the top of the Premier League.

5 Points Bet on Man City at -2 Goals on Handicap to beat Wolves @ 6/4 with Betfair #MCIWOLhttps://t.co/xFKRwD8pNT