The 2022 Women's Euro competition is in England this July and here at Football Gambler we will have all the latest news and info along with free women's football betting tips on all 35 matches. 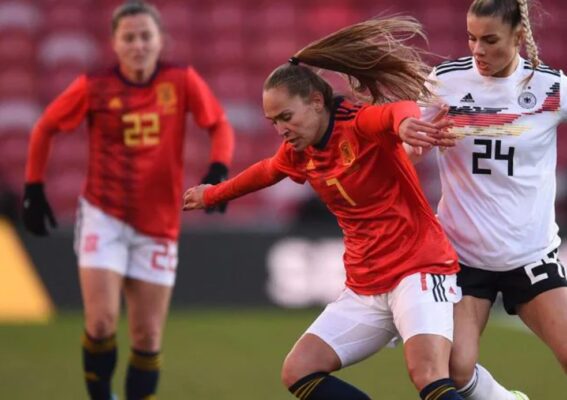 Dean Etheridge July 16, 2022 No Comments
Betting Tips and Match Prediction of Denmark Women vs Spain Women, from Group B of the 2022 UEFA Women’s Euro, from Football Gamber. This match is …
Read More 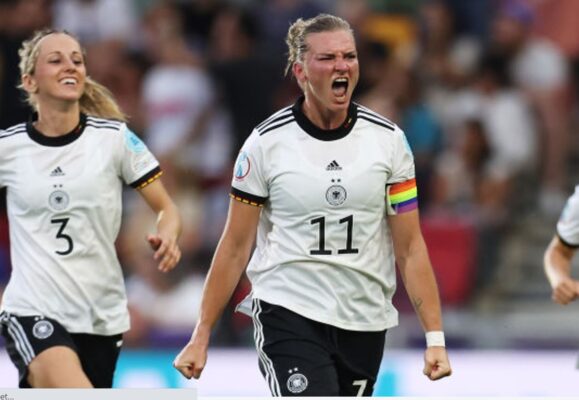 Dean Etheridge July 16, 2022 No Comments
Betting Tips and Match Prediction of Finland Women vs Germany Women, from Group B of the 2022 UEFA Women’s Euro, from Football Gamber. The match at Stadium …
Read More 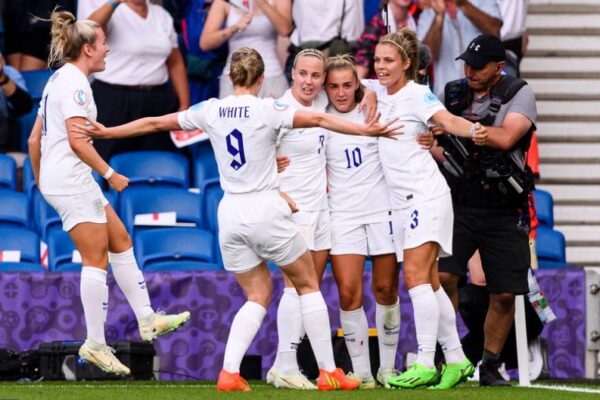 Dean Etheridge July 15, 2022 No Comments
Betting Tips and Match Prediction of Northern Ireland Women vs England Women, from Group A of the 2022 UEFA Women’s Euro, from Football Gamber. England are already …
Read More

There are numerous markets available to bet on at the UEFA Women's Euro 2022, but by far the most popular is the outright winner market.

The women of Spain start the comeptition as favourites at 5/2. Netherlands, the defending champions, are 5/1 joint favourites. While hosts, England are 4/1 second favourites. Full odds can be found below.

Second only to the Women's World Cup, Euro 2022 is a major women's football betting event. The competition sees 16 of Europe's top women's teams battling it out for the title of European champions. The actions starts on Wednesday 6th July, and ends on Sunday 31 July, with the final at the iconic Wembley Stadium in London.

This year's tournament will be the 13th edition, and will be the second time it has been held in England. The competiton was origianlly scheduled to take place in 2021., but due to the men's Euro 2020 competition taking place in 2021, the women's competition was also delayed by 12 months.

England's Ellen White (below) goes into the competition as the 9/2 favourite to be the top goalscorer. The 33-year-old Manchester City striker is England's record goalscorer, and alongside Marie-Antoinette Katoto of France, is expected to be the main goalscoring threat this summer.

The Women's 2022 Euros are being held in England. In total there are tens stadiums being used. They are:-

Two on English football's most iconic venues in Wembley and Old Trafford are being used to stage Women's Euro 2022 matches. Unfortunately, both stadiums will only be used once each, with Old Traford only being used for the opening match between England and Austria. While Wembley will be the venue for the final.

Who Are The Defending UEFA Women’s Euro Champions?

The defending champions are the Netherlands. The Dutch ladies won the women's Euros in 2017 on home soil, when they defeated Denmark 4-2 in the final played at FC Twente's De Grolsch Veste Stadium.

Where can I find UEFA Women's Euro 2022 Winner betting odds?

You can find all the latest Women's Euro 2022 betting odds here at Football Gambler, along with our dedicated section to women's football betting.

What are some interesting options for UEFA Women's Euro 2022 Winner 2022 betting?

Spain are the favourites to win the competition, but some interesting options in the UEFA Women's Euro 2022 betting are bets on the top goalscorer, and bets on individual group winners.

How many matches is there at UEFA Women's Euro 2022?

There are 35 matches to be played at the UEFA women's 2022 Euro competition.

The Women's UEFA Euro 2022 competition starts on Wednesday 6th July, and runs until the final at Wembley on Sunday 31st July.