Posted by footballgambler on March 30, 2021 0 Comments 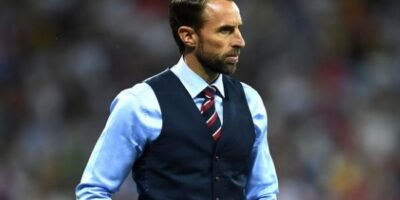 The delayed European Championships are almost upon us, here we take a look at who may well win the Euros this summer.

Last summer, football fans were gutted to find out that the Euro 2020 tournament, the first major tournament in two years, had to be postponed due to the global pandemic.

As a result of the Covid-19 outbreak, the tournament was delayed until this summer.

Although this was a rather frustrating period, football fans and punters are starting to get excited again. They now have a major tournament to look forward to this summer, as opposed to last. Due to this, we thought we’d look at some of the favourites for the tournament, according to the bookies.

So who will win the Euros this summer?

Going into the tournament as joint favourites, England will be looking to claim their first major tournament since 1966. Gareth Southgate's team are currently priced at 5/1.

England have one of the most exciting squads on the planet right now due to both strength and quality in each position that they possess. Gareth Southgate and his team will be looking to get the most out of his squad this summer. But deciding on his starting XI might be his most difficult choice. There are a number of high-quality players that are going to miss out on this line-up.

If England are looking to go far in the tournament, they will need captain and talisman Harry Kane to be on top form come June.

The joint favourites who are priced alongside England is that of current world champions France. Les Bleus will be looking to do the major tournament double, having won the world cup in 2018. Currently the with bookies have them priced at 5/1.

France were so impressive at the 2018 World Cup and looked virtually unbeatable. Back then they had a very young squad. So three years on we are expecting them to come even stronger as they have more experience this time around.

And finally, just priced outside the favourites is that of Belgium, who have been flirting with winning their first major international tournament for a few years now.

If you fancy them, you can get them priced at 6/1.

Belgium also have one of the most exciting squads in the world. And all their top players seem to be hitting form just when you want them too. This includes Kevin De Bruyne who has been pivotal in the Manchester City title charge this year, and Romelu Lukaku who has again been one of the deadliest strikers in Europe. This season Lukaku has scored 25 goals, while also registering 8 assists.

If you are looking for a site in which to get all of these odds, here at maximumcasinos.com you will find some of the best betting sites available on the market, in which your fun won’t be limited by gamstop at any moment.

The delayed Euro 2020 takes place across Europe this summer, here we look at some of the main contenders to win the prized crown.