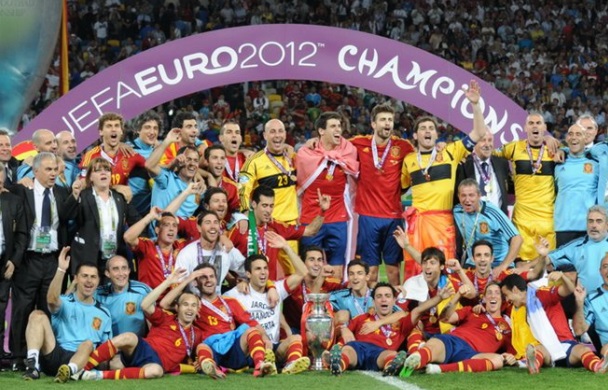 With Euro 2016 on the horizon, we look at the best value Ante Post betting options for the competition.

Playing the ante-post market is always a risky game. Even more so when you don’t know who is going to be in the actual final market. Which is currently the case with next summer’s European Championship.

The tournament in France has been expanded to 24 teams for the first time. And, with two qualifying group games still to be played, only five teams are definitely through to the finals, including the hosts.

Who represents the best Ante Post betting value for Euro 2016?

England, Austria, the Czech Republic and Iceland are the other nations to have already booked their places. But it’s hard to say they represent any value in the ante-post market at this stage.

After an impressive qualifying campaign, which has often been the case in the past, England are 10/1 in the betting at the time of writing to win Euro 2016 and that looks plenty short enough given their past tournament record.

With only one semi-final appearance in the European Championship in recent memory, and that was on home soil, it’s hard to get too enthusiastic about their chances. Especially after the disappointment of the last World Cup.

The other three teams to have qualified are all huge prices.

While Greece’s triumph in 2004 serves as a reminder of the perils of dismissing the smaller nations, it’s hard to envisage Austria, Czech Republic or Iceland making it through to the final.

World Cup holders Germany are current favourites for the tournament and should confirm their place in the finals next month. They have been in three of the past five finals, along with another semi-final appearance in that time. But there’s no great value there.

The same can be said of hosts France. Clearly, France loving playing in tournaments at home or on their borders. They won the European Championship in 1984 on home soil. And then again in 2000 when Belgium and the Netherlands were co-hosts.

They also won the World Cup at home in 1998. But, while there is plenty of young talent in Didier Deschamps’ squad, it’s a bit early in their development.

Instead, there are probably three teams who have both the potential to win the tournament, and some value about their current price. Here we ranks their chances…..

Spain have been there and done it

The Spanish may have flopped at the last World Cup, but they have won the last two European Championships. They also reached the final when it was last staged in France in 1984.

Though they suffered a surprise defeat in Slovakia, they’ve since won all their other qualifiers. A home win over Luxembourg will confirm their qualification.

The core of the squad may be older now. But there is also a mix of young talent who can add fresh legs. We believe 6/1 is a reasonable price.

The Italians have Tournament Mentality

Italy at around 16/1 also offer decent value, certainly in comparison to England. Finalists in two of the last four European Championships, the Azzurri are worth a second look.

As we all know in England, when it comes to tournament mentality, Italy have got it.

They always seem to know how to get over the line. Yes, this isn’t as talented Italy squad as we’ve seen in the past, but they are not to be underestimated.

Can Netherlands be a decent value Long- Shot?

The big value football betting price, and of course big risk as well, is 50/1 on Netherlands.

The best the Dutch can hope for is a play-off place. As they are two points behind Turkey in the group. If they can squeak through the play-offs though, they could be excellent value.

But, if Blind can get the Dutch into a play-off place, the 50/1 price will quickly shrink..