One of the elite leagues in Europe, Serie A is a popular choice for football betting punters looking to top up their accumulator bets, or have a big single bet on some of the top teams in world football.

Serie A Betting Tips and Predictions

Teams such as Juventus -  'The Grand Old Lady' of Italian football, and the two world famous Milan clubs, AC and Inter.

For a long time Italian football was regarded and dull, and too defensively minded. And that was a fair criticism.

These days Serie A has changed and is far more attack minded, and attractive to watch.

How To Bet On Serie A

Betting on Serie A is easy, all the main bookmakers listed on this website have plenty of markets available.

This league is home to some of the biggest and most well known names in world football, so as you can imagine, it attracts plenty of attention. Punters have the chance to bet on the likes of Juventus, and Milan (AC), as well as big names like Zlatan Ibrahimović and Matthijs de Ligt.

Serie A is made up of 20 teams, meaning each team plays a total of 38 matches. That's 19 home fixtures, and 19 away fixtures each.

It's important to know the following facts when betting on Serie A.

For example, if you are having a bet towards the end of the season, and you don't know the team in 6th place is trying to qualify for the champions league, you might think they are just going through the motions (otherwise known as already on the beach, in football terms).

Serie A was once the home of the 0-0 draw, but these days you are now pretty much guaranteed goals every week, making Serie A a great and exciting league for football betting.

When Is The Serie A Season?

The Serie A season takes place from the end of August, until the end of April/start of May the following year.

How Many Teams Are In Serie A?

In total, there are 20 teams in Serie A.

How Many Serie A Teams Qualify For The Champions League ?

The top 4 teams from Italy qualify for the Champions League. All four go straight into the group phases.

How Many Serie A Teams Qualify For The Europa League ?

There is a total of 3 Italian teams that qualify for the Europa League. That is made up of 2 Serie A teams, 5th and 6th place, along with the winners of the Italian Cup (which is usually a Serie A team).

How Many Serie A Teams Get Relegated?

Every season the bottom 3 teams in Serie A get automatically relegated to Serie B.

How Is Serie A Decided If Teams Finish Level On Points?

If two (or more) teams finish level on points in Italy, their league position is decided on who has the better head-to-head record.
If head-to-head is equal, goal difference in those two matches is used. Then it is overall goal difference, and then most goals scored.

Where Can I Find The Best Serie A Betting Tips?

Right here at Football Gambler. Every week we will bring you the best Serie A betting tips right here, just bookmark the page for future reference. On our expert blog you will find the best football betting tips and predictions from the top leagues all across Europe.

Who Has Won Serie A Most Often?

Juventus are the most successful Serie A team with 35 titles.

What Does Scudetto Mean?

The Scudetto is a little Italian shield emblem that the previous season's champions get to wear on their shirts. This is why you will often hear phrases like 'looking to win his first Scudetto' banded around in the media and on TV.

Where Can I Watch Serie A?

You can watch Serie A on Premier Sports. This is a pay TV channel available on the Sky and Virgin platforms in the UK. Certain bookmakers including Betfair and bet365 have live coverage of Serie A available to active gamblers.

All the main bookmakers will be offering plenty of markets on Serie A. Below is our list of recommended bookmakers for betting on Serie A.

Serie A is one of the top leagues in Europe and from around the world. This means betting on all the main football markets you would find available on the Premier League, should be available to bet on with Serie A.

All mainstream and reputable bookmakers will have a betting market on finishing in the top 4 of Serie A. With 4 teams from Italy qualifying for the Champions League, this will be a popular market for football betting punters.

It's straight forward relegation in Serie A, so there is 3 possible winners in this bet. All the recommended bookmakers on this site will offer odds on relegation from Serie A.

Serie A Links And Resources

How Is Serie A Decided if Teams Finish Level on Points?

In the event of teams finishing level on points at the top of Serie A, or indeed any position in the Italian top flight, the following criteria is followed.

Let’s have a look in more detail at the criteria listed about, starting with the Head-to-Head. In most occasions this sorts out any issues where teams finish the season on the same points.

If Juventus and AC Milan finish level on points, who finishes highest will be decided by the two Serie A (no cups involved) matches between the two sides that season.

So if Juventus won 2-0 at home to AC Milan, and the match in Milan finished 0-0, Juventus would have won the Head-to-Head. And would therefore get the higher league position at the end of the season.

Next on the list of criteria is Goal Difference in the Head-to-head matches. So this means if Juventus won 2-0 in their home game, and Milan won 3-0 in their home match, even though they both got 3 points, Milan would get the higher league position.

This is down to Goal Difference in the two matches. It’s basically the aggregate score, and Milan would have won 3-2 on aggregate.

Right, taking the same two teams, let's assume that Juventus and AC Milan both finish level on points. In the two games between the teams, both won 2-0. This means they are inseperable in both the Head-to-Head criterias.

The next way to resolve the difference, would be using conventional overall Goal Difference.

So if Juventus have an overall Goal Difference of +30, and Milan’s is +26, then Juventus get the higher league position.

If both sides have the same Goal Difference, then it moves onto the next criteria of Most Goals Scored. This is the last throw of the dice.

Finally, in the most unlikely of events that all of the above can’t separate the sides, it simply comes down to who scored the most goals. So if Juventus scored 80 goals, and AC Milan scored 82, then Milan would get the higher league position.

The top flight of Italian football has given us footballing legends such as Gianluigi Buffon, Franco Barasi and Paulo Maldini.

It has also been a magnet for world stars over the years, and back in the 80's and early 90's was the preeminent league in world football.

Boasting names like Michel Platini, Marco van Baston, Zinedine Zidane, and most famously of all Diego Maradona, the best players from across the globe flocked to Italy back in this era.

It was the most famous player of all, Diego Armando Maradona, leading the unfashionable Napoli to the title back in the 1986-87 season that sticks in recent Serie A memory.

Napoli had right to be competing against the resources rich Juventus, AC Milan, Inter Milan, Roma, etc. Maradona took them (like with his nation in the 1986 World Cup) and almost single handed turned them into champions.

Napoli and Maradona repeated the feat in the 89-90 season. However things turned sour just week's later when Maradona's Argentina knocked host's Italy out of the 1990 World Cup, at Napoli's San Paolo Stadium. 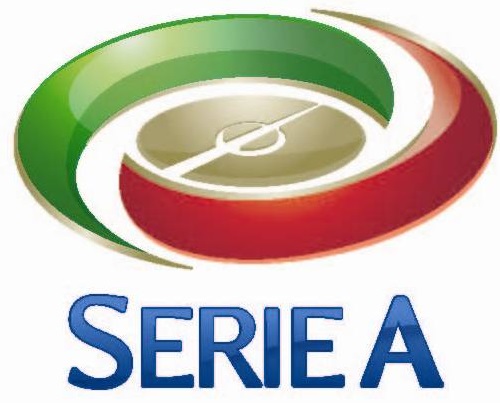 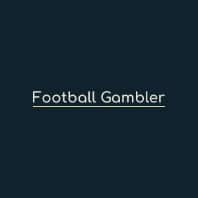