Next Man Utd manager betting is alive again, as one of the biggest jobs in world football becomes available after the moaning Jose Mourinho is finally sacked.

The Portuguese had been in charge for roughly two and a half years. Toward the latter half of last season things started to go wrong.

This got worse during the first few months of the 2018/19 season, and he spent a lot of that time as the favourite in the next manager to leave his position betting.

He was rumoured to have fallen out with United CEO, Ed Woodward over transfers. We seen the constant slating of players in public, something United fans were used to seeing kept in house.

Then there was a high profile public spat with French world cup winner Paul Pogba, and he was also rumoured to have fallen out with most of his other senior players. It was obvious something had to give.

United were in serious danger of missing out on next season’s champions league with the current form. By sacking Jose now, United are giving the new manager plenty of time to turn things around.

United have put former player Ole Gunnar Solskjaer in temporary charge, until the end of the season, when they plan to make a permanent appointment.

The temporary appointment is strongly believed to be because they want Spurs manager Mauricio Pocettino, and feel the best chance of landing him is in the summer.

Other names in the frame are – obviously – Solskjaer himself, and former Real Madrid boss, Zinedine Zidane. 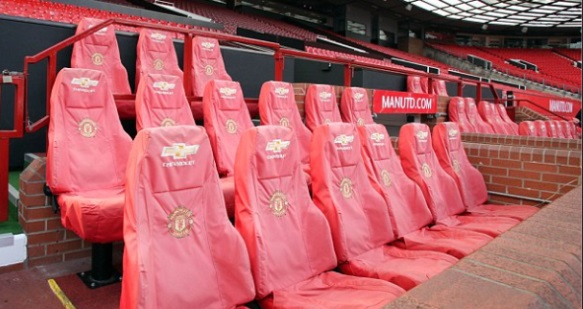 Who will be the next permanent boss in the United manager’s seat?

The early favourite in next Manchester United manager betting is Mauricio Pochettino. The Spurs manager is currently the hottest property in football, with Real Madrid also rumoured to be interested.

In putting Ole Gunnar Solskjaer in temporary charge, United have gifted the Norwegian the opportunity to audition for the job, and make it his own. If he can impress and improve things, he gives himself a chance of getting the job permanently.

Solskjaer takes charge at a great time. United have what looks – on paper – a not too difficult run. They start off away at Cardiff (ironically Solskjaer’s only previous managerial experience in England), before home matches against Huddersfield and Bournemouth.

Into the new year, and United face Newcastle away, before a real test at Wembley against Tottenham in mid January. February is the time when things will get more difficult. First up, United have the 1st leg of the Champions League (at home) against PSG, followed by Liverpool in the league (home).

As luck would have it, as difficult as those two fixtures are, they are at home. This will be the first real test of Solskjaer’s management. If he is to come through it, he will surely be in the running to be the next permanent manager.

The other big mane in the frame is Zinedine Zidane. If United were looking to appoint the Frenchman, surely they would have appointed him immediately. After all, he was available at the time. So why not appoint him when they sacked Jose!

Zidane’s stock is high. He has won the Champions League three years running with Real Madrid, a remarkable achievement. Although the Frenchman struggled in La Liga, you can’t argue with a hat-trick of Champions Leagues.