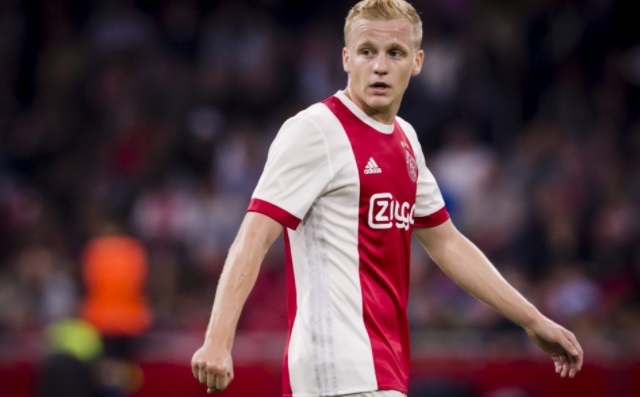 On Wednesday Man Utd announced the arrival of Donny van de Beek, their first major signing of the summer ahead of the 2020/21 season.

The club also revealed that van de Beek signed a 5 year contract, with the option of a further 12 months. According to the BBC, de Beek cost United in the region of £35 million.

So who is Donny van de Beek?

Capped internationally by the Netherlands, van de Beek has represented his country at every level from U17, all he way up the senior Dutch side, where he has 10 caps to date.

Who did Man Utd sign Donny van de Beek from?

He joined Ajax as a youngster in 2008 and learned his football at the club’s renowned academy, progressing his way up through the ranks.

The Ajax academy has produced talents like Marc Overmars and Dennis Bergkamp, to name a couple. Meaning United can be certain they’re getting a player taught to play football the correct way.

What style of play will van de Beek bring to Old Trafford?

Van de Beek is more of an attacking midfielder. In his final season at Ajax, he played 37 matches, scoring 10 goals and contributing 11 assists.

With van de Beek’s goal scoring record, United can expect more goals from midfield. This will allow the front three to play with less pressure.

He also has all the attributes to fit in alongside Bruno Fernandes, whom he has clearly been bought to play alongside, not be in direct competition with.

United will expect van de Beek to compliment the Portuguese international, and add a different attacking dimension to the side’s play.

An alternative attacking dimension is something that was clearly lacking in the latter stages of the 2020 Europa League competition.

A competition in which United only managed 2 goals from the penalty spot, despite been fairly dominant in their matches.

This is clearly a position that manager Ole Gunnar Solskjaer identified as a problem. And to his credit, he has moved quickly to fix.