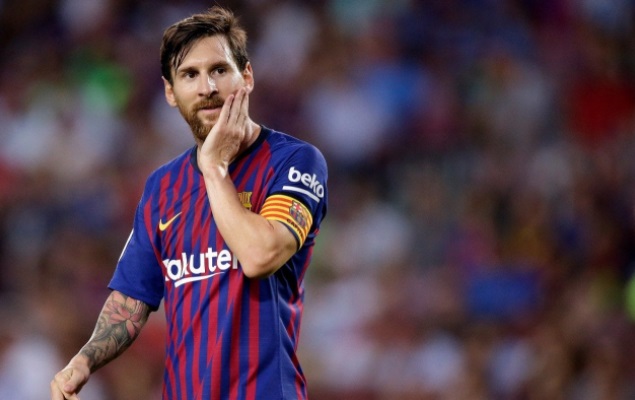 The chaos at Barcelona continues as Messi reportedly tells the club he wants to leave.

By any standards, it has been a crazy few weeks.

On Monday it was reported that Koeman had crudely told striker Luis Suarez he is no longer required at Barcelona.

Suarez received the news from Koeman in a 1 or 2 minute phone call – depending on which news outlet you believe!

Regardless of the length of time the call took, it seems the conversation was blunt, short and insensitive.

I’m no fan of the Dracula inspired striker, but from a Barcelona point of view, he has done a good job for the club, and would rightly argue that he deserves to be treated better than this.

Then roll on to Tuesday evening, a full 24 hours later, and now we hear that Lionel Messi has officially told Barcelona he wants to leave.

The club have confirmed this to news outlet, AP.

This is a seismic development.

There’s been power struggles at the club during Messi’s long and illustrious career before, but they never got this far.

We may have heard leaked stories about Messi being unhappy. Planted stories to get the star man what he wants, but it has never previously got to this stage.

The big difference this time is Messi has actually asked to leave. This time the story doesn’t have the feel of a haggling tactic, it seems genuine.

There have been stories for a good few weeks now that Messi is unhappy. So is the timing of his transfer request a coincidence? Or is the Suarez story the final straw for the Argentine striker?

As I previously alluded to, Suarez has done a decent job for Barcelona over the years.

Whether it was Koeman’s idea, or someone from higher up within the club who instructed him to do this, it seems a bad idea to treat Suarez in this way.

If the player is popular with his fellow players, then they – Messi included – aren’t going to be happy with how he’s been treated.

Like in any workplace, when you see a fellow employee treated badly, it affects morale and confidence.

Players will start to wonder if they’re next, and take an instant dislike to the new manager.

Throughout football there are numerous stories of managers going into clubs with the intentions of shaking things up, and failing badly.

If Koeman is going into a club the size of Barcelona with that attitude, then good luck to him.

Footballers these days won’t stand for that. They have the money to walk away.

And probably more importantly, they have the egos, confidence and self belief to tell managers with that attitude where they can go.

It will be an interesting watch to see where this all leads to.

Will Koeman be the long term winner? Or will this stance cause a players revolt, with the Dutchman not lasting long at the club?

Only time will tell.