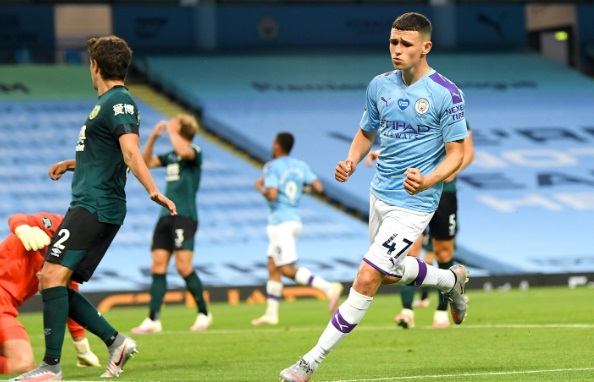 Manchester City’s 5-0 demolition of Burnley last night completed Matchday 30 of the Premier League, and here our review looks at the biggest winners and losers.

There was never going to be any change right at the top, Liverpool are home and dry, they have a 20 points lead, and this is reflected in the football betting, as you can’t get odds on them.

I wasn’t at all impressed with the Reds on Sunday, I agreed with Jamie Carragher that Everton deserved to win. Liverpool had the look of a team who wouldn’t have scored if they’d played all night.

But what about beneath them, who were the big winners and losers on Matchday 30?

Chelsea Get Away With One

Chelsea have backed Lampard in the transfer market, and he will have to deliver next season. But that’s a story for another day!

In the end the quick turnaround at Villa Park courtesy of Christian Pulisic and Olivier Giroud (Chelsea won 2-1) has now seen Chelsea go within 3 points of 3rd placed Leicester, and 5 points clear of Manchester United and Wolves.

With a fixture at home to Manchester City up next, Chelsea certainly needed those 3 points desperately. I believe that how this season finishes could be crucial to the long term future of Lampard at the club.

The other big winners from the weekend for me were Brighton and Hove Albion. Their 2-1 win over Arsenal was not only a huge 3 points, but also a signal of what the Seagulls are capable of for the rest of the season.

Graham Potter’s team have now opened up a 5 point gap between themselves and 3rd bottom. At this stage of the season, that is massive in a relegation fight.

Especially when the manager openly admits he is not going to be abandoning his footballing principles.

I also have to give an honourable mention to Wolves, their 2-0 win away at West Ham was a great win, and puts them firmly in the running for a Top 4 finish. So what about the Matchday’s big losers…..

There’s No Chance For Norwich

Okay, so this might be an obvious one, but the game against Southampton was one the Canaries needed to win if they wanted to give themselves a chance of avoiding the drop.

It wasn’t just the 3-0 defeat, it was the manner of the defeat. Norwich were shocking, and never even looked like laying a glove on the Saints.

Daniel Farke’s team were well off the pace, and dare I say they didn’t look as fit and sharp as the Saints. Norwich are now 6 points from safety, and on Saturday’s evidence, looked doomed.

Okay, where do I start on this one. Performances aside, the Gunners are now 11 points off 4th place, that dream is gone. They are 6 points from 5th place, which due to Man City‘s indiscretions may be enough for the Champions League.

Maybe I’m getting carried away and judging them on their two performances, but they’ve been shocking. A bit like I mentioned on Sunday, that I don’t see where the huge improvement in Everton’s results are, I don’t really see much different at the Emirates either.

Maybe Arteta has improved the back line, better analysts than me such as Lee Dixon and Martin Keown say he has. Who am I to argue with them. But other than that, what has really changed?

Like with Ancelotti at Everton, it’s unfair to judge both men until next season. But so far from Arsenal since Project Restart, performances have been shocking.