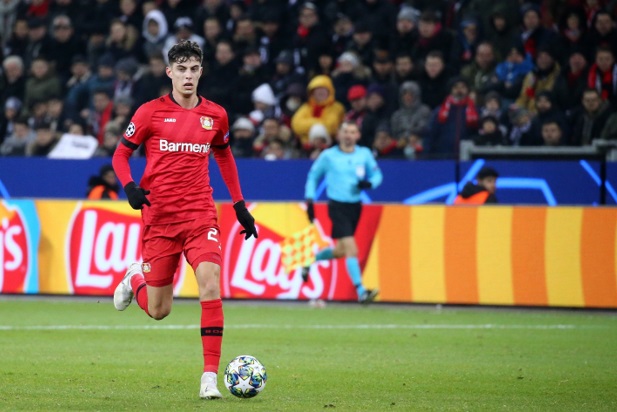 Liverpool will be keeping a close eye on returning Bundesliga stars

No, you’re not dreaming. Football is back and it’s one of Europe’s elite leagues that makes its return, after the coronavirus pandemic suspended football and most major sport worldwide.

The Bundesliga has got back underway, and with just nine games remaining, it’s a race for the title. The latest available Bundesliga odds place leaders and reigning champions Bayern Munich as the favourites for Der Meisterschaft, but with Borussia Dortmund hot on their heels, and the likes of RB Leipzig and Borussia Mönchengladbach not far behind, it’s certainly going to be a tense but thrilling finale – albeit slightly overdue.

There’s no doubt that with the restart of the Bundesliga, all eyes will be on the stars of German clubs, as the season comes to a close and the transfer window reopens – but who knows what the market will be like this summer, after all of this uncertainty and turmoil.

However, Liverpool are regularly reported to be interested in a number of players from the Bundesliga. And it's a league where they’ve been successful in the past, signing the likes of Roberto Firmino and Joel Matip. So, who could we see arrive at Anfield and make a name for them self in the Premier League?

Werner’s made it quite clear that he wishes to leave the Bundesliga for a new challenge abroad. Jürgen Klopp has listened to his pleas and is hellbent on bringing the striker to Anfield. This is despite the £50m release clause.

The German has been on fire this season, scoring 21 goals and is four behind the division’s top goal scorer, Robert Lewandowski. With Leipzig sitting third in the table, should Werner’s form continue, he could be celebrating with a league title and Golden Boot award, prior to his potential exit.

With Klopp likely to lose his deadly duo Sadio Mané and Mohamed Salah when the African Cup of Nations is rescheduled, a forward is required – and Werner’s ability to play out-wide or through the middle makes him perfect cover and competition for the current front three.

Since losing Philippe Coutinho in the January 2018 window, Liverpool have been crying out for a number 10 and the young Bundesliga star could fit the bill.

The Reds have been tracking his progress for the last 18 months and while they could be facing a war for his signature, he would also be their most expensive target, with Leverkusen valuing their hot prospect at over £90m.

Havertz is fairly versatile when it comes to positioning. The fact he scored 20 goals in all competitions last season proves he knows where the net is. If Liverpool are looking for further reinforcements for their front three, Havertz would be a good option.

He’s also been compared to Roberto Firmino and would provide Klopp the ideal project to nurture up-and-coming young talent.

With speculation rife that Liverpool’s Swiss play maker Xherdan Shaqiri is ready to move on, there’s no doubt that Rashica will fit Klopp’s criteria.

Currently playing for struggling Werder Bremen, who sit 17th in the Bundesliga – if his side fail to avoid the drop, his release clause would decrease significantly. This would make a move to Liverpool and the chance of Champions League football all the more attractive.

Rashica has seven goals and four assists to his name this season so far. This puts him at the top of both charts for Bremen – but it would certainly be a step up joining the Premier League’s champions-elect. The Kosovan is also wanted by Leipzig, who are challenging for the title. If they lose Werner to Liverpool, they’ll need to fork out for a replacement.