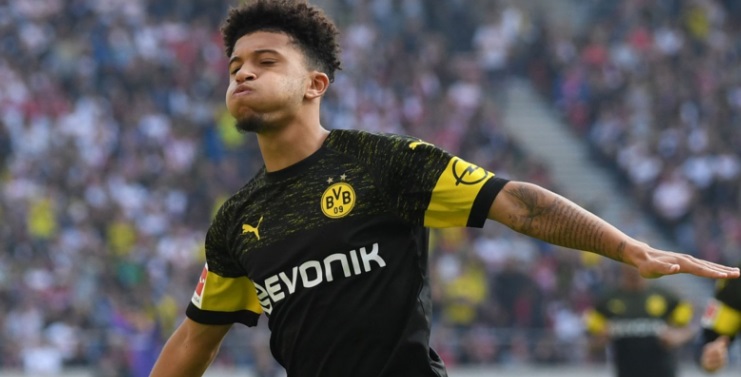 Live top flight football returns this weekend (Sat 16th May), when the Bundesliga in Germany resumes after been halted due to the Coronavirus outbreak.

Yes, that means we can finally have a meaningful bet on some football we actually know something about. As opposed to speculative bets on the Belarusian Premier League.

It also means we get to see exciting young stars like Jadon Sancho, and Erling Braut Håland again. A sight we didn’t expect to see again until September, given all the recent uncertainty.

Both the Bundesliga and 2.Bundesliga (2nd tier of German football) resume this Saturday (16th May). Fixtures will take place over the course of the weekend.

In the top flight, there are 7 matches on Saturday, with the Revierderby between Jadon Sancho’s Borussia Dortmund and Schalke, the standout fixture.

While in 2.Bundesliga, four matches are on Saturday, with the remaining five taking place on Sunday.

This has already been thrown into doubt with news that the entire Dynamo Dresden squad has been placed in quarantine. This follows two positive Covid-19 tests. As a result, their fixture against Hannover is already off.

When the Bundesliga was originally halted due to the Coronavirus, it had just completed week 25. It will be picking up from exactly where it left off, and the plan is to play the season out to it’s natural conclusion. In total, there is nine rounds of fixtures to be played.

If all things go to plan, the season will finish on Saturday 27th June. In true efficient German style, just 3 days before some player’s contracts will run out.

Strict Coronavirus Guidelines Are In Place For Bundesliga Return

All matches will take place behind closed doors, with around 300 people only in the stadiums. Players will be tested for Covid-19 on a weekly basis, and when there are also midweek matches, they will be tested twice a week.

An insight into how seriously the Germans are taking this can be found in the extraordinary lengths Schalke are going to in preparation for the derby.

After training on Saturday, it is reported that the players went straight into seven days of quarantine in a hotel. While in the hotel, each player will have the same room cleaner, and will even be given their own salt and pepper sachets.

On match day things will also be very different. Apart from the obvious lack of crowd and atmosphere, there will also be numerous other differences.

The Premier League will be one entity no doubt keeping a close eye on proceedings. Clubs pushing for a resumption in England, such as Liverpool in particular, will be hoping at the very least, the project gets off the ground successfully this weekend.

The situation involving Dresden has already shown just how fragile the process is though. It highlights the fact that all it needs is for two or three clubs to have positive tests, and even the best made German plans can go up in smoke.