The next Euros are due to be held in the summer of 2021 - and who will be the leading candidates to win the tournament? We take a look. 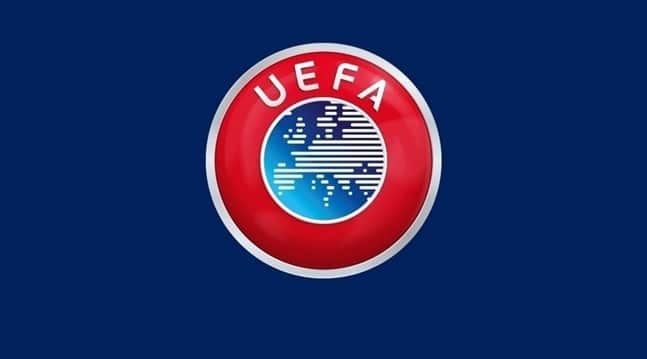 Although there is often a sense of expectancy when it comes to England playing at a major tournament, rarely do they enter them as favourites.

That will be the case here for Gareth Southgate's side.  A team who reached the Semi-Finals at Russia 2018 with a young squad that has since matured.

Not only that, they could benefit from the rise of Dean Henderson, Trent Alexander-Arnold, Fikayo Tomori, Reece James, Mason Mount, James Maddison, Tammy Abraham and Jadon Sancho, who has been linked with a glamorous move away from Borussia Dortmund.

The one-year delay also means that Harry Kane, who has scored 32 goals in 45 games for his country, is far more likely to be fit for the tournament.

The Three Lions are 5/1 with Betway as of 20th April to win the Euros for the first time.

Eden Hazard is one of the best dribblers in the European game while Romelu Lukaku is another key asset; the left-footed striker has bagged 17 goals since his summer move to Inter Milan.

After underachieving at Euro 2016, De Rode Duivels made amends two years later in Russia. Here they achieved a respectable Third-Place Finish with an exciting, free-scoring outfit.

Euro 2021, though, could be the last tournament at which the current crop of world-class stars could be considered to be playing at their peak - although 24-year-old defender Jason Denayer and 22-year-old playmaker Youri Tielemans could reach an elite level.

Roberto Martinez will need to re-build this Belgium team somewhat after 2021. A strong tournament is required to ensure he has that opportunity.

As if joining Franz Beckenbauer and Mário Zagallo as the third man in history to win the World Cup as a player and manager was not enough, Didier Deschamps has another record in his sights... winning two consecutive major international tournaments.

He certainly has the squad to do it.

One could make a case for France having seven world-class players in their current squad.

Defenders Benjamin Pavard and Raphaël Varane, midfielders Corentin Tolisso and N'Golo Kanté plus forwards Antoine Griezmann and Thomas Lemar are all at the envy of every other team in world football.

What's more, Les Bleus possess a speedy sensation in striker Kylian Mbappe. A player who has already proven himself on the biggest stages of all.

The 2010 side will be externally remembered most for their combative performance against Spain in the World Cup Final. While the 2014 outfit managed Third-Place primarily due to clinical counter-attacks through Arjen Robben and Robin Van Persie.

Although both teams had their merits, neither quite had the feel of genuine champions. But that could be about to change.

Ronald Koeman's side boast the likes of Virgil Van Dijk and Georginio Wijnaldum, already well-versed in conquering Europe with Liverpool.

The recent resurgence of Ajax is hugely beneficial for the national team, with Donny Van De Beek, Matthijs de Ligt and Frenkie De Jong thriving off the back of European runs with the Dutch giants; the latter two earnt high-profile moves.

The recognisably-surnamed Justin Kluivert, a winger adept on either foot, is one to watch too. As is exciting teenage forward Myron Boadu.

If the kids develop accordingly over the next 12 months, Netherlands could be building their best team since the 1980s.

Joachim Löw has kept his job as Germany boss despite a dismal World Cup, which saw his side finish bottom of their group. This included the embarrassing low of losing 2-0 to South Korea.

With the squad short on out-and-out strikers, there is a lot of pressure on Timo Werner to take on the goalscoring mantle historically held by Miroslav Klose, Gerd Müller, Thomas Müller, Rudi Völler and Jürgen Klinsmann.

Werner has scored an outstanding 71 goals in 118 games for RB Leipzig. But his international performances, especially those in Russia, were comparatively underwhelming - the common denominator must be the speed and fluency of build-up play.

Die Mannschaft must quicken the tempo if they are to take top honours here; the inclusion of Leroy Sane, a more prominent role for Julien Brant and an opportunity for Leverkusen playmaker Kai Havertz could help.

La Roja won three consecutive major international tournaments between 2008 and 2012. The subsequent three have been comparatively underwhelming; a group stage exit at Brazil 2014 was followed by back-to-back last 16 bow-outs at Euro 2016 and Russia 2018.

There may be a correlation between Spain's drop in form and the decline and retirement of Xavi, Iniesta and Fàbregas. In their prime, they could pick passes only a handful of players in world football could see let alone execute.

While there is technical quality in the existing midfield in Saúl, Thiago and Rodri, neither are expected to dominate games at the elite level in quite the same way.

To account for the loss of those legendary technicians, Spain may need to embrace a faster-paced approach play.

That could mean accommodating the likes of Marcos Asensio, who has impressed for Real Madrid, Mikel Oyarzabal, who has gained plaudits with Real Sociedad and Adama Traoré, arguably the quickest player in world football who might yet be eligible to represent Spain next summer.

One area of Italy's team that has been world-class over the previous decade is their defence.

The quarrelsome quartet showed impeccable consistency, producing an iconic defensive performance in the 2-0 win over Belgium at Euro 2016.

Since Andrea Pirlo's international retirement, though, the Azzurri have been short of elite ability in possession. And events post-Euro 2012, show Mario Balotelli's star tournament was an anomaly.

It feels, however, as though forwards Ciro Immobile, Lorenzo Insigne and Andrea Belotti have missed the boat for a high-profile move that would kick their respective careers into stardom, so the next Totti or Del Piero in Roberto Mancini's crop is hard to identify.

Goalkeeper Gianluigi Donnarumma and defender Alessio Romagnoli, at least, are doing enough to suggest that Italy's reputation for strict solidity shall be upheld.

Without disrespecting Portugal's achievements in 2016, they were arguably the least inspiring side ever to lift the trophy. Winning just one game in 90 minutes in a tournament short on quality.

They lacked the skill of iconic Spain and France sides. As well as the shock factor of odds-defying champions Denmark and Greece.

Luckily for Fernando Santos, his current squad is arguably superior to the one that won in France four years earlier.

The fact Cristiano Ronaldo is now 35 can be counterbalanced by the rise of João Cancelo, Ricardo Pereira, Rúben Neves, Bruno Fernandes, Diogo Jota, Bruma and João Félix; neither of the strong, A Seleção septet made the previous tournament.

Portugal will be stronger, but then again... so will the rest of Europe.

It seems surprising that Croatia, finalists at the previous World Cup, are priced as the 9th likeliest team to win their next major tournament.

It is important to remember, though, that their achievements in Russia were completed with an aging squad; influential midfielders Luka Modric and Ivan Rakitic are now 34 and 32 respectively.

That is not to say there is no young talent in Zlatko Dalić's group. Wide man Nikola Vlasic, defender Filip Benković, midfielder Ivan Šunjić and forward Josip Brekalo all have ability. But there are no peak-age, world-class stars.

A combative, experienced side reliant on Ante Rebić for pace and Modrić for creativity was a template that worked two years ago - it might not quite be enough this time.