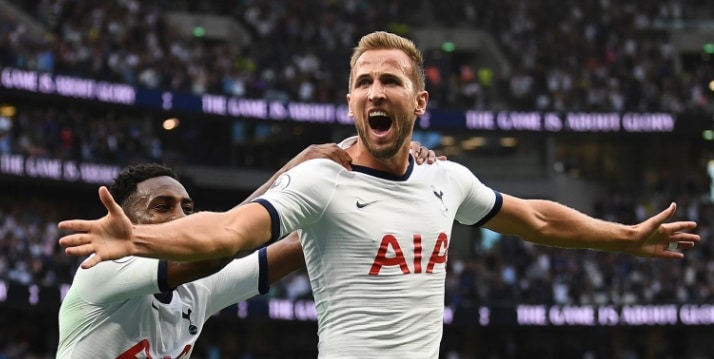 The Mail on Sunday are reporting that Spurs chairman, Daniel Levy, will sanction the world record transfer of Harry Kane to Man Utd this summer, in a bid to ease the club’s financial burden.

The Mail article suggests that a combination of the financial impact of the Coronavirus outbreak, money owed by Tottenham for transfers, and a reported debt of over £600 Million still outstanding on the new stadium, are the main reasons behind the decision to allow the club’s major asset to leave.

But does the story add up? Manchester United can well afford Kane, but what about the transfer of Jadon Sancho they are supposed to be pursuing? Would United really buy both? That would cost well over £300 Million.

Again, United can afford that, but would they be willing to spend that money? They also might want to invest some money in a midfielder, rather than two strikers. At the same time though, it wouldn’t surprise me if they bought both.

If it comes down to one of the other, in my view, Kane would be the better signing at the moment. I believe Kane is more what Man Utd need at this very moment in time.

Sancho is very good now, but he is still a work in progress. Harry Kane is pretty much in his prime now, and should hit the ground running.

United also have enough young prospects. Experience to supplement this could be the perfect ingredient for Ole Gunnar Solskjær. Kane ticks that box more, so I do believe this transfer story has some legs.

Another reason why I can see this happening is Daniel Levy. And here is some reasons why.

Levy Would Sanction The Sale If It Makes Business Sense

While it’s still a just a reported story, it’s not one any Spurs fan will want to hear. In my view, any Spurs fans who believe that it is just that, a story, should be worried though.

Daniel Levy is a meticulous planner, and he is more importantly a money man. He doesn’t run the club based on his heart, he does what his business mind tells him.

Sentiment never gets in his way. So if he believes selling Kane is in the best financial interests of the club, I have no doubt he will do it. No matter what the fans think.

Similar to Mike Ashley, Levy doesn’t strike me as a man who cares about whether he is popular or not.

You just have to look at his decision to furlough the club’s non paying staff to see that. Levy hasn’t baulked at the criticism he has received and changed his mind, like Liverpool did.

The furloughing of staff could also point to financial issues, although I still think Levy may have done that even if Spurs had £100 Million sitting in the bank!

What can’t be disputed though is Levy is a businessman first and foremost, and Spurs owe a lot of money on loans for the new Stadium. And all of these reasons added together suggest this could happen.