Posted by footballgambler on February 20, 2020 0 Comments

Liverpool's defence of the Champions League Trophy took a hit on Tuesday in the Spanish capital of Madrid.

The current Champion's 1-0 defeat to Atletico Madrid, now puts their chances of making the quarter-finals in real jeopardy. And with the Spanish side being masters of foul play, Liverpool know it won't be easy in the return leg.

Liverpool can take heart from happened to Diego Simeone's men last season though. After beating Juventus 2-0 in the 1st leg at the same stage, the Spaniards then lost the 2nd leg 3-0 in Italy. Thanks in the main to Cristiano Ronaldo, who scored a superb hat-trick on the night.

Quite remarkably, Liverpool are still second favourites to lift the trophy again. They are 11/2 with the bookies, just ahead of German giants, Bayern Munich. You can compare the best UK betting deals on bettinglounge, and use the best offers to bet on the Champions League. 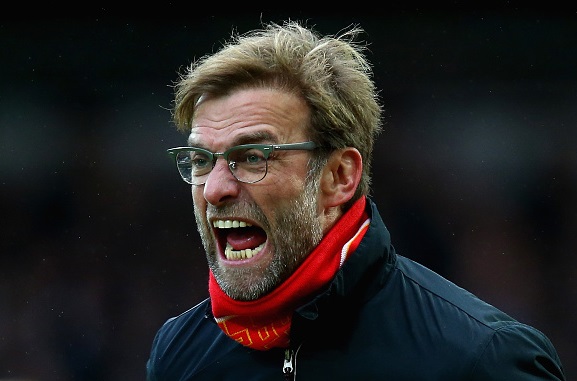 Jurgen Klopp had a job biting his tongue in Madrid

Klopp Just About Managed To Restrain Himself

He managed to get himself booked during the 90 minutes, and despite this, I thought Liverpool manager Jurgen Klopp did a reasonable job of containing his tongue in the after match interview on BT Sports.

While resisting the chance to bemoan Diego Simeone's antics (and lets face it, Klopp's no stranger to running up and down the touchline like a lunatic), he did leave them with the remark "Atletico fans who can a get ticket... welcome to Anfield." In doing this, Klopp has invited the Liverpool fans to make the atmosphere as hostile as possible.

"I'm not sure if Diego Simeone saw a lot of the game because he was continually animating the crowd."

Liverpool's manager was clearly frustrated with the behaviour of the Spanish side, and their manager. This is part and parcel of the game with Atletico though, and the German must surely know he can't get distracted by the side-show likely to take place in the second leg.

Liverpool's attack minded left back Andy Robertson was less diplomatic. In his after match interview, he accused the Spanish side of celebrating "as if they'd won the tie."

Before adding "We gave them the best possible start and that gets the fans behind them and then they start falling over and getting under the skin a bit."

It's safe to say, Robertson wasn't impressed with Atletico's antics and style of play.

Betting Odds On Liverpool To Progress To Last 8

With Liverpool still being second favourites to win the Champions League outright, I was half expecting to see them as favourites to progress to the last 8.

It's pretty much neck and neck with the bookmakers for who will win this tie though. The majority have Atletico as their slender favourites, with some pricing it up as a 50/50 call.

One thing is for sure, it's going to be a hell of an atmosphere at Anfield in the 2nd leg. Liverpool will be up for it, as will Madrid. Let's hope the match lives up to expectations.