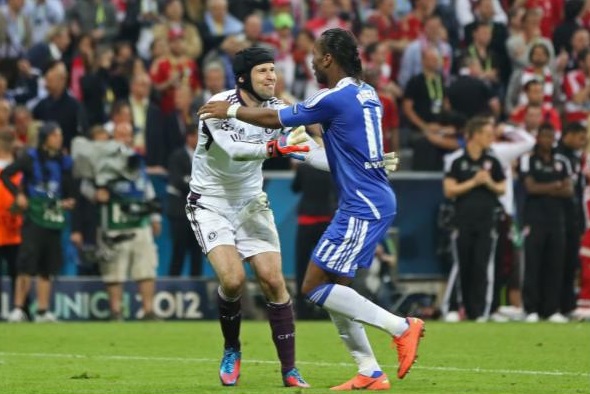 Ever since making his Premier League debut for Chelsea in 2004, Petr Cech has cemented his place as one of the best goalies the Premier League has ever seen. He was one of Jose Mourinho’s first signings and quickly became a fan’s favourite, with his variety of top-class saves and his commanding presence between the sticks.

Now in his fifteenth season in England’s elite, the former Czech Republic goalie has announced his retirement from the game. Cech is currently second-choice at Arsenal and after such an illustrious career, will call it a day at the end of the season.

Here, we take a look back at some of Cech’s finest moments in between the sticks but before we do, you can check out Premier League betting options on Betfair right now.

Cech made his debut in English football on the very first game of the 2004/05 season, keeping his first clean sheet as the Blues ran out 1-0 winners over Manchester United. Although Cech didn’t have a great deal to do throughout the game, he was reliable when called into action and looked assured throughout.

Okay, so this isn’t exactly the Premier League but it’s only fair to include Cech’s heroics that brought about Chelsea’s first ever Champions League trophy. For 120 minutes, Cech faced a barrage of Bayern Munich attacks and even saved a penalty from former teammate Arjen Robben. The game went to penalties and Cech made the difference once again, saving spot-kicks from Ivica Olic and Bastian Schweinsteiger before Didier Drogba sealed glory.

Again, not another Premier League moment but still memorable none the less. One of Cech’s finest individual moments came six years ago, when he denied Javier Hernandez’s header from point-blank range to keep Chelsea’s FA Cup dream alive. The shot-stopper acrobatically tipped the header over the bar in what was a truly remarkable save, leaving Demba Ba to score the winner to take Chelsea through. 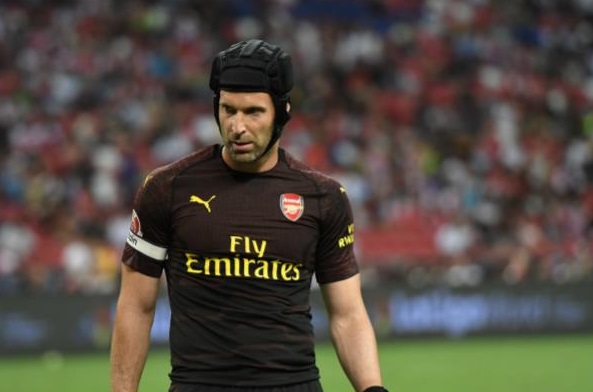 Save from Robbie Keane 2004

Chelsea’s first ever Premier League title in 2005 is often remembered for the stylish and attacking prowess they displayed game after game. Manager Jose Mourinho was revolutionary and with a spine of John Terry, Frank Lampard and Drogba, the Chelsea squad was the envy of the Premier League. However, much of that first title win owes to Cech who kept a record-breaking 24 clean sheets that season. Spurs’ Robbie Keane will be wondering how it wasn’t 23, after Cech denied him with an unbelievable save in a 0-0 draw at Stamford Bridge. From that moment, Blues fans knew they had a long-term replacement for Carlo Cudicini.

Cech signed for Arsenal in the summer of 2015 after serving Chelsea brilliantly for 11 seasons. However, Cech’s debut was one to forget when the Gunners lost 2-0 at home to West Ham United with many supporters questioning Cech’s ability. His next game at the Emirates came against Liverpool, where new signing Christian Benteke reminded the football world that Cech wasn’t past it. The Belgian hitman made his way into the box to meet Philippe Coutinho’s low cross and after side footing it goal-wards, Cech leapt from nowhere to claw the ball around the post. Truly inspiring stuff.