Since teenage years, Neymar da Silva Santos Jr. was projected to be a football superstar. You can say without a doubt that he met the expectations, and maybe even exceeded them. Today, he is a member of the famous French club Paris Saint-Germain, where he was transferred from Barcelona for a record-breaking fee. 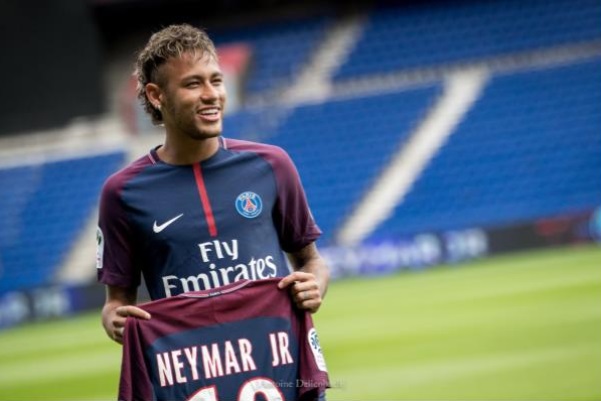 If you’re a football fan, you probably know a thing or two about this Brazilian wunderkind. However, people from Betting Sites are here to present some detailed facts about his life, career earnings, and other stats that you maybe didn’t get a chance to hear before.

How Did Neymar Start His Career?

Neymar was born in 1992 in Sao Paulo. His father was a footballer, and he spent his childhood years playing futsal and street football. Neymar started his youth career in Portuguesa Santista, when he was only 7 years old.

In 2003, he joined the youth squad of Santos FC, a club that will later give him his first professional contract. He signed for Santos in 2009 for a yearly salary of $1.7 million.

His first debut for the Brazilian national team was in 2010. Three years later he signed for Barcelona, with a transfer fee of €88 million.

How Much Does Neymar Earn?

In 2017, a 25-year-old Neymar signed a world record transfer deal from Barcelona to PSG for €222 million. Currently, Neymar earns $81.5 million a year playing for PSG, and that’s only money from the football contract.

On top of that, he has multiple endorsement deals with world famous brands such as Nike, Red Bull, Gillette, Panasonic, and others. He has an $88 million 11-year deal with Nike, and it is estimated that he earns around $22 million annually from all endorsements combined.

Throughout his career, Neymar received numerous individual awards and won multiple club trophies. The most significant one was the Champions League trophy that he won while playing for Barcelona in 2015.

Apart from that, he was La Liga champion with Barcelona twice, and won the French national league with PSG. He also has 2 Olympic medals with Brazil - silver from 2012 and gold from 2016 in Rio.

In 2011, Neymar was voted the best young player of the year, and was twice the South American footballer of the year. He was also the top scorer of the 2014 UEFA Champions League.

How Many Fans Does Neymar Have?

Neymar Jr. has around 200 million followers on Instagram, Facebook, and Twitter combined. While most of his fans are Brazilians, he is very popular in Mexico, India, and Spain as well.

Some of his most popular posts receive millions of likes, while his Facebook page has around 80 posts a month. His YouTube channel's average social reach is above 112 million.

If you would like to know more interesting numbers and facts about Neymar, check out the detailed infographic below.