So far this season 'The Terriers' have just 2 points from their 6 matches. In the time they have managed just the 3 goals, the same amount as Harry Kane alone.

Huddersfield have one word written all over them this season, relegation. They did remarkably well to retain their Premier League status last season, but their stay may well be coming to an end this time around. This is unless they can find some goals from somewhere, and fast.

Although Spurs have recently gone through a somewhat sticky patch by their standards (they did end that by grinding out a 2-1 win away at Brighton last week).

It is still hard to see anything but a comfortable win for the Londoners in this match.

Spurs make up the basis of this weekend's football betting free tip. After been let down by Man Utd last weekend, I'm steering clear this time out. Even though I think they will beat West Ham.

I did consider going Half Time/Full time on Spurs at 13/10 with both Coral and Ladbrokes. But I have instead decided to hedge my bets on a couple of outcomes.

Recommended Bets - 5 Points on Spurs to win at -1 on the handicap at 13/10 with Coral and Ladbrokes.
5 Points on Harry Kane to score anytime at 8/11 with Betway.

Spurs won here 4-0 last season, almost a year to the day, and Kane bagged himself a brace that day. This fixture, again this season, just has Harry Kane goals written all over it for me. 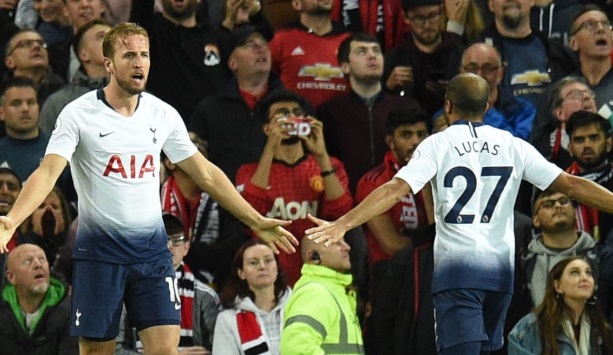 In 90 minutes betting, Spurs are heavy favourites at a best price of 1/2 with bet365. The draw is next best at 18/5 with Betfair, and an unlikely Huddersfield win is 15/2 with Betfred.

The match kicks off at 3pm on Saturday, and is being played at Huddersfield Town's John Smith's Stadium.