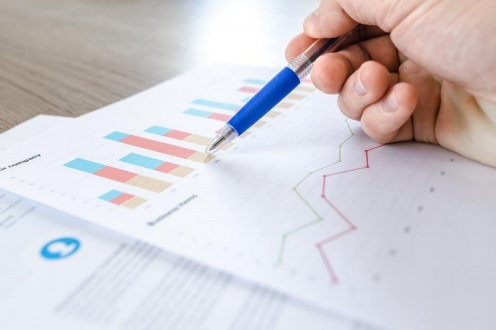 Football fans and gamblers have been using stats to make money from football betting for years now. And there’s a good reason for that!

“Fans are being told what to believe. Rather than a discussion amongst friends, where people can form their own opinions, they’re being brainwashed by the over consumption of broadcasting companies employing any ex-pro at the drop of a hat. What the ‘experts’ say goes…”
Brian Clough

‘Ole Big Head wasn’t a fan of the over-analysis of football in the 1970’s and he let John Motson know all about it in an interview he gave to the BBC.

The crux of Cloughie’s argument was that fans were being lectured by pundits, whereas they should be left to make their own conclusions.

If the legendary manager were still alive today he would undoubtedly have a few things to say about the way football is consumed nowadays. The sport is absolutely awash with stats and analysis now – barely 10 minutes goes by in a match without a commentator mentioning an often irrelevant statistic.

But we’re not here to lecture you on the permeation of statistics in football, we’re here to tell you how you can harness them to make money.

Stats, stats, stats – use stats to make money from your football betting

Almost every match preview – be it on a blog or a newspaper website – will quote you the latest betting odds and head-to-head statistics. Even at the end of a game, Match of the Day will show you the expected goals ratio of each team.

Statistics have become so important in the world of football. And that’s not just down to the analytical revolution brought to English football by Arsene Wenger. It’s because of football betting too.

If you make a bet on a football match, you expect the bookmaker to give you the most accurate odds. The bookies create those odds based on extensive research. Individual player form, formation success, head-to-head and plenty more stats are researched by bookmakers.

Scouts from all betting companies analyse every game in minute detail. Club sources help to update the bookies on injury issues as well. It’s a science, but it’s not exclusive. You can do almost all of these things too in order to eliminate risk from your bets.

It’s impossible to escape the hype when Rangers play Celtic. But there is nowhere near the same interest when Clyde take on Cowdenbeath in League 2.

Resources will be invested in getting the odds right for the Auld Firm game. And that’s where you can take advantage.

Firstly, there isn’t as much analysis done of teams in the lower echelons. So you can analyse the stats yourself and use it to make an informed bet with more favourable odds.

In the Scottish lower leagues odds are also calculated on less accurate stats or ‘truths’. For example Clyde could be on a 5 game home losing streak before hosting Cowdenbeath, who have won their last 8 games on the road.

More often than not, the bookmaker’s will go with home advantage when formulating their odds in these lesser known divisions. Meaning you could take advantage of some very generous odds to make money.

Imagine Brighton were entertaining Liverpool. The odds would obviously be in Liverpool’s favour as they’re a better team and everyone knows it. But in the Scottish leagues there isn’t that universal knowledge, so odds are there to be taken advantage of.

That’s the most important thing to look at before betting on any football match. Not just a team’s overall form, but their respective home and away form and their results in recent meetings.

The away team may be doing much better than the home side in the league, but could be suffering with poor recent away form, so be sure to do your research before betting.

Under Tony Pulis, West Brom were notorious for scoring from set-pieces. The experienced Welshman had drilled his side to take advantage of dead-ball situations. And as such, a large percentage of their goals came from these situations.

Whereas Arsene Wenger’s Arsenal were notably susceptible at defending from setpieces. When the Gunners travelled to the Hawthorns, most punters would bet on them as they were undoubtedly the better team.

But with a little more research, punters would have exercised more caution in their bets as the stats showed that West Brom had a weapon that Arsenal couldn’t cope with.

You may not have a source in a club feeding you all the latest news from the physio room, but one thing you have access to is fantasy football.

There are a plethora of sites offering Premier League fantasy football and almost all of them give users up-to-date injury news on specific players.

If you login in to check your fantasy team on a Wednesday and see a ‘doubtful’ icon over Mo Salah’s name, then you may be wise to think twice before backing Liverpool to beat Chelsea at the weekend.

Sometimes managers have a mental block when they come up against a certain adversary. Try as they might, they just can’t beat them. Take the Huddersfield vs Swansea game as a perfect example.

Both teams were struggling in the league, but the Swans were seen as the underdogs when they travelled to West Yorkshire. David Wagner’s Huddersfield had a decent home record, and an even better record when facing struggling teams at home.

If you asked any Town fan what they thought the score would be, they would have told you 0-0. That’s because David Wagner and Carlos Carvalhal had faced each other 6 times before.

The Huddersfield coach never managed to out on top in regular time, previously.

When the Swans were reduced to 10 men after 9 minutes, Huddersfield were odds-on favourites to win. Typically, the game finished…. 0-0.

Despite having over 80% possession and numerous shots, the Terriers were unable to break down Carvalhal’s team. In all honesty, they never looked capable of scoring.

A simple check on fans forums’ and a check on Huddersfield’s head-to-head against Sheffield Wednesday under Carvalhal would have pointed punters in the direction of a goalless draw bet.

Even though Brian Clough didn’t like them, stats and analysis enhance viewing experience, and they are your biggest weapons when it comes to making money from the sport you love. We’re not telling you to spend 4 hours on a Saturday morning planning your £1 accumulator.

We’re simply telling you to keep an eye on every variable in place before betting for profit on football. It’s a funny old game, but it’s a relatively predictable one once you have all the stats.