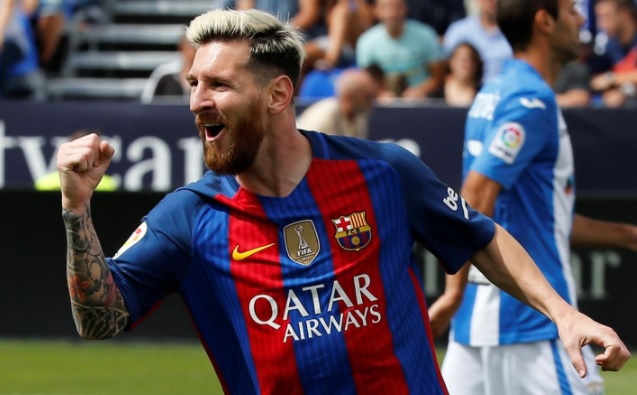 Football has arguably never been more popular than it is in 2017, and the debate rages abut who are the 10 best players in the world at the moment.

Football is a multi-billion dollar industry and has one of the largest fan bases in the world.

The beautiful game has been around for more than 100 years and grown into one of the biggest sports industries.

Millions of people around the world fill up stadiums to watch the local, regional and international leagues.

In 2001, a survey published by FIFA mentions that over 240 million people from more than 200 countries play football around the world.

The industry goes beyond just players and supporters and is interwoven with other industries such as advertising, stadium developments and betting.

In fact, football betting sites have increased in popularity and reach over the past decade showcasing the results of the most well-known names in popular culture.

We look at these players more in-depth to gain a true understanding of their popularity below.

The Argentinean forward plays for the national team as well as the Spanish club FC Barcelona. Messi is the only player to have won five FIFA Ballon d’Or awards with four wins on a consecutive basis.

He has also received three European Golden Shoes for his successful efforts.

As part of Barcelona, Messi received a total of 29 trophies, holding the record and setting the way forward for many local hopefuls.

Ronaldo plays for Real Madrid and is the captain of the Portuguese national team. He is well-rounded with outstanding performance as a forward and winger.

Ronaldo won the FIFA World Player of the Year award as well as the FIFA Ballon d’Or. At current, he is the all-time top-scorer in European Leagues.

Neymar is a young Brazilian football player and plays for Barcelona. He started his career at the tender age of 17.

He’s won the South American Footballer of the Year award on two occasions and helped lead Barcelona to victory in the La Liga, Copa del Rey as well as the UEFA Champions League.

Neymar was third place for the FIFA Ballon d’Or in 2015.

Ibrahimović plays for England’s Manchester United and the Swedish national team. He’s known for being a great goal scorer and won 33 trophies during his career.

As of 2017, he is the second most decorated active footballer.

Ibrahimović is one of ten players to have made more than 100 appearances for Sweden and is their leading goal scorer with 62 goals in total. He won a Guldbollen 11 times and ten consecutive times, between 2007 to 2016.

This Uruguayan striker plays for Barcelona. Suarez is has one of the highest net worth’s and was named the third best player in the world by the Guardian.

He scored more than 300 career goals for his club and national team.

Neuer is a German national player and plays for Bayern Munich, as goalkeeper and vice- captain. He won the world cup with Germany as well as a golden glove.

Reus plays for Germany and German club Borussia Dortmund as midfielder, winger or striker. He won a DFL-Supercup in 2013 and is the cover athlete for EA’s FIFA 17 videogame.

Hazard plays for Belgium and the English club, Chelsea FC.

He’s known for being a great passer and was the first non-French player to win the Young Player of the Year award for UNFP( National Union of Professional Footballers).

The German footballer scored 23 goals in the 2012-13 season of the Champions League and helped his club Bayern Munich win a historic treble – the Bundesliga, German Cup and Champions League.

He plays for Germany as an attacking midfielder, second striker and centre forward.

Pogba won four consecutive titles for Juventus before moving to Manchester United. He was in the 2015 UEFA Team of the Year, as well as the 2015 FIFA FIFPro World XI.

Pogba was awarded the Golden Boy award in 2013, followed by the Bravo Award in 2014.

Now in 2017, Pogba is without doubt one of the best football players in the world.

All these 10 players are great for entertainment. They are also firm favourites amongst the football betting community who love placing bets on their matches.