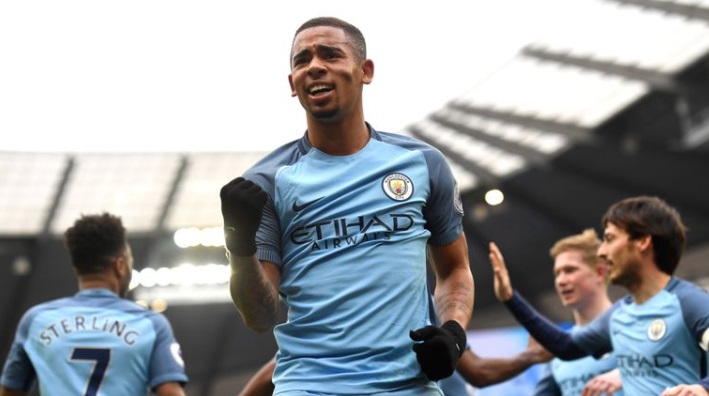 The Premier League is certainly heating up, and our tips for 1st and 2nd October 2016 show, this weekend looks set to be no different.

Everton’s clash with Crystal Palace at Goodison Park on Friday night kicks off another weekend of Premier League action.

The opening weeks of the 2016/2017 season have already produced some interesting results at both ends of the table. With another international break on the horizon, teams will be looking to pick up a positive result before their players set off to represent their respective countries.

Those who are new to football betting can take full advantage of the current offer with Coral. Who not only provide an array of football betting markets to take a stab at, but also offer a £20 free bet for new customers who register and place a £5 sports bet.

Watford and Bournemouth surpassed expectations by comfortably surviving in the Premier League last season. Both teams have also made decent starts to the current campaign.

Watford, in particularly, have clicked into gear under new manager Walter Mazzarri. The Hornets have recorded excellent victories against Manchester United and West Ham.

Bournemouth, on the other hand, have shown signs of finding the form that won them many admirers. An impressive 1-0 home victory against high-flying Everton was symbolic of how Eddie Howe can get his team to play.

Watford certainly carry a goal threat through the likes of Etienne Capoue and Troy Deeney. The former scored four goals from midfield, and as they have scored in every game this season, they look good value to win at 5/4.

Although Bournemouth are 2/1 underdogs to come away from Vicarage Road with all three points, they should not be underestimated. Junior Stanislas’ superb goal against Everton is proof that Bournemouth are capable of the spectacular. While Callum Wilson has shown glimpses of what he can do after his season-ending injury last year.

This game certainly has the potential for goals. Particularly as both have conceded a fair number already in the opening weeks.

Bournemouth’s poor away form (one point from a possible nine, along with four defeats and a draw in their last five Premier League trips away from the Vitality Stadium) not only make odds on 2.5 or more goals at 10/11 appealing, but also those of 17/5 on Watford to win and Both Teams to Score stand out as a no brainer as both teams are likely to have a real go at one another.

Both teams will go into this game at the KC Stadium on the back of damaging defeats. Hull lost 5-1 at Liverpool. While Chelsea went down 3-0 without much of a fight in the London derby at Arsenal.

The two clubs also find themselves in the same predicament, with both having been brought crashing back down to earth after making impressive starts to the season.

Conceding nine in their last two games has been a rude awakening for newly-promoted Hull. But given the fact that Mike Phelan only had fourteen first-team players at his disposal at one stage, seven points from six games is an achievement in itself.

Chelsea, on the other hand, have shown sign of the fragility that plagued their entire season last year. Antonio Conte’s side have picked up just one point from their last three games.

A fixture between two out-of-form sides can often be difficult to call. Even though Chelsea may be gearing up as resounding odds-on favourites at 4/9 with Coral, the fact that both teams are conceding goals at an alarming rate makes 17/20 on Both Teams to Score a worthwhile bet to make.

Hull (11/2 to win) have certainly proved that they have the quality and resilience to test themselves against the very best. Robert Snodgrass in particular making a big impression with three goals to his name. Some may see this as a banker away win, but 16/5 for the draw certainly presents value. Especially given Chelsea’s recent defensive problems.

The two top are set to meet at White Hart Lane in what promises to be a fantastic battle. Tottenham and Manchester City are putting their unbeaten starts to the campaign on the line.

Pep Guardiola’s side look the real deal. They’ve won their opening six matches in a row dismissing any suggestions that the former Barcelona and Bayern Munich would struggle in English football.

Mauricio Pochettino’s men may sit four points behind the early pacesetters, but they have certainly carried on from where they left off last season. Playing the same quality football that got them to within touching distance of the Premier League title.

Both teams to score betting

Considering that the two sides have scored twenty-eight goals between them, it would come as a big surprise if either team were able to keep a clean sheet. It certainly explains why Both Teams to Score is as low as 4/7.

But as Tottenham recoded the double over Manchester City last season, 11/5 says they can make it three in a row.

Pochettino would more than welcome a repeat of the same score line in the same fixture last September. On that day a 4-1 win for Spurs came in at 60/1, for those who believe lightning will strike twice.

They will, however, face a Manchester City side who are a completely different animal under Guardiola. City now have the likes of Sergio Aguero and Kevin De Bruyne making the game look ominously easy this season.

It remains to be seen how they react to the setback of losing De Bruyne for four weeks. But Manchester City proved they have the ability to put in big performances without their star men when Aguero was banned for three domestic games.

11/10 is certainly good value to back them for a seventh straight win. A City win and Both Teams to Score also stands out at 11/4.