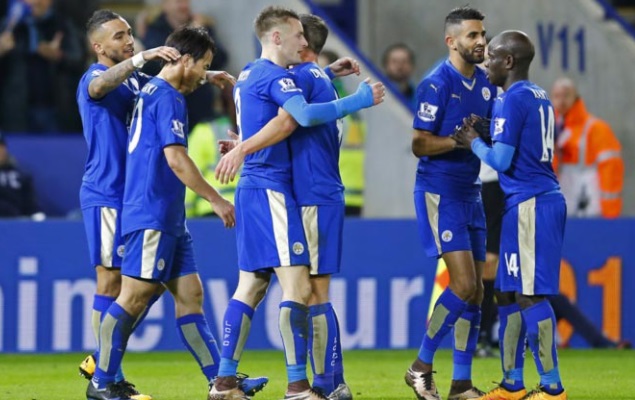 A Leicester win or dropped points by Tottenham this weekend will see Leicester City make history and pull off a 5000/1 football betting shock.

The Foxes visit Old Trafford looking for the 3 points to secure their first ever league title.

At the start of the season the Foxes were regarded as relegation candidates. They were a massive 5000/1 to win the title, token odds really.

Now bookmakers face the prospect of having to pay out on multiple small bet stakes if/when the Foxes finally get over the line.

Leicester will be without talisman striker Jamie Vardy, but have PFA Player of the Year, Riyad Mahrez, in their ranks. As well as the likes of Danny Drinkwater, Wes Morgan and N’golo Kante, who have all excelled this season.

If you think Leicester might baton down the hatches in the absence of Vardy, and settle for a point, while hoping to pinch a win on the break, then Under 2.5 Goals can be backed at 7/10 (1.70).

I personally think a draw is possible outcome in this match, and a bit of 1-1 might have a chance.

Obviously, Foxes boss, Claudio Ranieri, would prefer a 3-0 landslide win for his team. I don’t think with his realistic professional head on, he would turn down a 1-1 draw if you offered it him now.