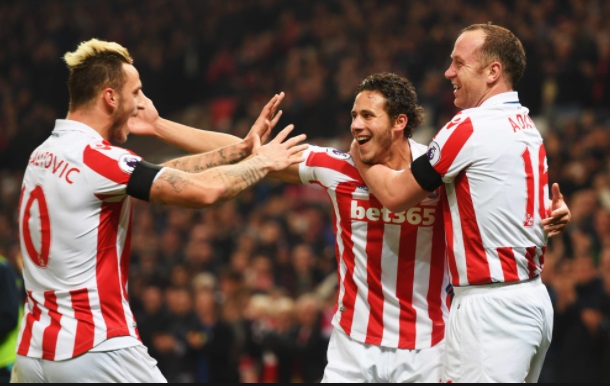 Ahead of the 2016 FA Cup fourth round we look at outside bets for the FA Cup.

The Fourth Round of the FA Cup may present a wonderful opportunity for the underdogs to stand up and upset the odds against their most illustrious opponents.

Teams who reach the next round will seriously fancy their chances of going all the way to the Final in May.

As Reading and Bradford proved last season. Lower league sides have more than a chance of reaching the latter stages if they apply themselves.

Arsenal remain the team that the other thirty-one sides will look to knock off their perch. And in doing so, prevent from equalling an FA Cup record held by Wanderers and Blackburn Rovers by winning the competition for a third consecutive year.

They are rated amongst the strong favourites to achieve this feat. But as has been proven over the years in the FA Cup, anything can happen.

It is for this reason that a number of teams below the Premier League will be hoping to keep the magic of the cup alive. Most notably Colchester and Carlisle. Who will look to really upset the odds in their own backyard against Tottenham and Everton respectively.

The upcoming FA Cup weekend may even start with an upset of sorts. Championship high-flyers Derby will represent excellent value and are well worth backing through any William Hill free bets offer on Bookies.com. They play a Manchester United side that are currently in complete disarray.

It remains to be seen whether under-fire manager Louis Van Gaal will be in the dugout at the iPro Stadium. Losing to a team that are an 80/1 shot to win the FA Cup would surely be the final nail in the coffin for his tenure at Old Trafford.

Derby could certainly be one of the teams to keep an eye on. Especially if they manage to find a way past Manchester United. But there are other contenders that punters who like to back the dark horses should seriously consider.

The Potters may not be enjoying the best of form in the Premier League. They have just one win in their last five games. But Mark Hughes’ side have certainly shown they have the quality to give anyone a tough test.

Victories against Manchester City and Manchester United illustrated what Stoke are capable of. With the likes of Marko Arnautovic, Bojan and Xherdan Shaqiri in superb form this season, anything is possible.

Having England’s future number one in Jack Butland also makes a difference at the other end. Their ability to play free-flowing football has won many admirers, meaning odds of 25/1 can’t be turned down lightly.

25/1 is also the odds that punters can get through taking up any offer listed on Bookies.com for William Hill, who are sponsors of the Scottish Cup that may see its own fair share of fireworks this season.

Slaven Bilic has brought the quality of football that fans at the Boleyn Ground have been crying out for. With a number of shrewd signings, Billic has created a strong team that currently find itself sixth in the table.

Dmitri Payet has already become a fans’ favourite following a series of outstanding performances. The 28-year-old is already regarded as one of the best signings made this season.

West Ham may need to bring in a proven goal-scoring striker in the remaining days of the January transfer window. Strong results against the top teams, which include doing the double over Liverpool along with victories at Arsenal and Manchester City, prove that the Hammers should be taken very seriously.

It is not often that promoted teams take to the Premier League like a duck to water. But Watford have been a breath of fresh air this season.

Victory against Newcastle ended a run of four consecutive defeats. Manager Quique Sanchez Flores has created a team that are capable of playing free-flowing football and are far from a soft touch. #

Their cause has been helped by having one of the best strike partnerships around. Troy Deeney and Odion Ighalo are enjoying an excellent understanding that has seen both players score 20 goals between them.

Both strikers have attracted interest from the big clubs, particularly Ighalo. His form has put himself firmly in the race for the Premier League Golden Boot with 14 goals to his name.

If the Hornets manage to keep their strike duo scoring on a regular basis and play the level of football that has given the big teams serious problem, then backing them now at 33/1 would be an extremely shrewd move for any punter to make.