Home » Football Betting Blog Posts and News » Who is the Premier League signing of the 2014/15 season? 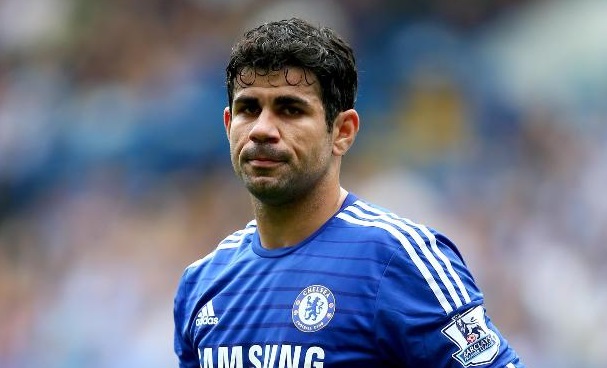 The winter transfer window has just closed, but so far who has been the signing in the season for the 2014/15 Premier League season?

In a busy transfer window which saw the likes of Angel Di Maria, Esteban Cambiasso, Alexis Sanchez and Cesc Fabregas join Premier League teams, it’s no wonder that many stars have adjusted to the English game immediately.

While some have underperformed since their arrival, others have sparkled throughout the early part of the Premier League season.

It could even be argued that some are directly responsible for their side’s domestic form. We take a look at those players that have adapted quickly to the pace of England’s top flight and consider who was the transfer window winner?

The Spaniard has already shown the Blues exactly what they were missing last season. It could be argued that his goals are the main reason why Chelsea are currently top of the Premier League.

The Blues have been in exquisite form so far this campaign. And Costa, who has scored 17 goals in 19 appearances, has been phenomenal. The 26-year-old striker is strong and refuses to be bullied by opposing defenders.

He does though, have a tendency to retaliate which can get him into trouble at times.

The former Barcelona man has been a breath of fresh air in Mark Hughes’ side. He has helped Stoke to adopt a better brand of football.

So far for the Potters this season, Bojan has been directly involved in five goals during his 16 matches.

Unfortunately, he has been ruled out for the remainder of the campaign. But Stoke supporters will remain positive that the 24-year-old can return and continue in similar fashion to before his season-ending injury.

Without Sanchez, the Gunners would be in serious trouble this season. The Chilean has consistently shone, and has led Arsenal to victory with some impressive individual performances.

The former Barcelona forward has scored 12 goals in 22 appearances this campaign while also notching seven assists.

The London side were unlucky with injuries earlier in the season. Alexis though, has stepped up to the mark and performed effectively in a number of positions – sometimes even carrying the team through matches.

With players returning, the 26-year-old will become even more dangerous in the second half of the season.

Although he has had his critics at times, the Argentina international has made United’s central defensive position his own. He has also helped add stability to United’s backline – something that has looked impossible at times lately.

Rojo is still yet to justify his £16 million price tag, but on the whole, the 24-year-old has been solid. He also isn’t scared to commit to challenges, and has excellent control on the ball.

The Manchester outfit have the third best defensive record in the Premier League since his arrival. And in his 14 appearances, United have won nine and lost just two. Scoring 30 goals, and conceding 16.

Forster has been superb this year and currently leads the league in clean sheets with 12 in 25 matches.

The Saints have the league’s best defensive record, and the former Celtic goalkeeper is a key reason for this.

It could be argued that, excluding David de Gea, the 26-year-old has been the goalkeeper of the season so far.

He will be hoping to help Southampton earn a European berth at the end of the season with some more brilliant individual performances against the league’s top sides.

Sakho has been one of the best performers for Sam Allardyce’s side this season. And in doing so, has become a huge threat alongside Andy Carroll in the West Ham attack.

The former Metz striker has scored 10 goals in all competitions with eight of those coming in just 16 Premier League matches.

With pace in abundance and a killer final ball, the 25-year-old provides another point of attack for the Hammers. He can be used as an out-and-out striker, or out wide as part of a three pronged attacking unit.

So there you have it, our best list of who we thing might well be the best Premier League signing of the 2014/15 season. Use the latest football betting odds to see who is a good value bet to be player of the year.