How did Jack Wilshere do for England?

Posted by footballgambler on February 11, 2011 0 Comments 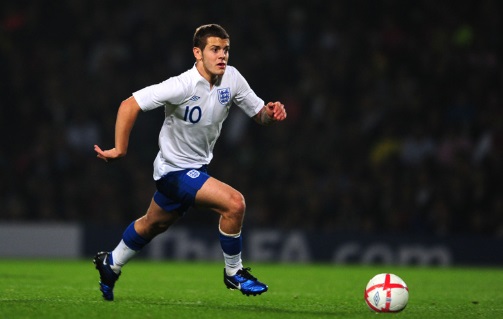 Jack Wilshere made his debut for England against Denmark

I have heard a lot of negative feed back on the radio (Talksport again) about the full debut of Jack Wilshere for England, against Denmark earlier this week.

Wilshere Had A Decent England Debut

Personally I thought he did ok. Yes, he didn’t set the world alight, but then I didn’t expect him to. After all, the guy’s just as young man still learning his trade.

I’m also not convinced that the holding role Fabio Capello is talking about, will be Wilshere’s best position.

When I have seen him in playing for Arsenal, Wilshere has always struck me as a more constructive player, than a spoiler.

Also, at the moment, his tackling reminds me more of Paul Scholes.

I’m also not sure what some football fans and journalists expected of him against Denmark on Wednesday. Some of the criticism aimed at him has been unbelievable. He isn’t the next Pele or Maradona, for God’s sake.

At the moment I see Wilshere as someone who is comfortable on the ball and looks after it (trait’s generally not too familiar with English players).

He doesn’t try to hit the 50 yard killer balls, or just aimlessly lump it forward, he looks after the ball and retains it. That is probably why he is getting criticised. The mentality of some fans I’ve seen at England games in the past is to just ‘get it forward.‘ No matter what.

While we have this mentality in England we will never be any good. If England want to improve, we need good players like Wilshere who will keep the ball. Not people who just hoof it up the field and run around like headless chickens.

For me it was a good debut, not convinced he is in the right roll yet, but a good steady prospect for the future who will only get better.