In their eagerness to be the first to break the news, Talksport announced today on their 2pm main news (not sports news) that Martin O'Neill had quit his job as manager of Aston Villa. 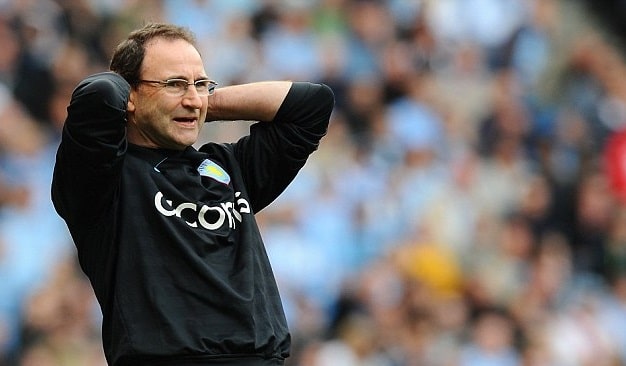 While it would appear there is a story brewing here, whoever took the decision to lead their main news bulletin with the rumour seems to have jumped the gun somewhat.

The presenters spent the next hour trying to dampen down the story. Then Stan Collymore came on and claimed to be 'in the know' that it was a non-starter.

The rumour was apparently doing the rounds on Twitter and the online forums. Bookies had slashed the odds on O'Neill leaving, before suspending betting (as is the norm in these situations).

I find it hard to believe Talksport would announce it on just this evidence alone, surely they have a source somewhere? Although if they have, the source got it badly wrong.

Talksport have also got previous form here, it's not just Martin O'Neill. A few months ago they claimed to have it on good authority that Rafa Benitez had left Liverpool. Although at least on that occasion they chose not to run it as their main news story at the top of the hour.

Talksport may be proved right (prematurely). I don't doubt that there is something going on at Villa, they have denied O'Neill has left, but have refused to say much else. There is also no word from O'Neill himself.

Some of the remarks coming from O'Neill lately have been very negative, suggesting he is unhappy with something or someone? And we all seen what happened on Saturday. That was most unlike a Martin O'Neill team to capitulate in that manner.

If you can't listen to Talksport, then watch this space.