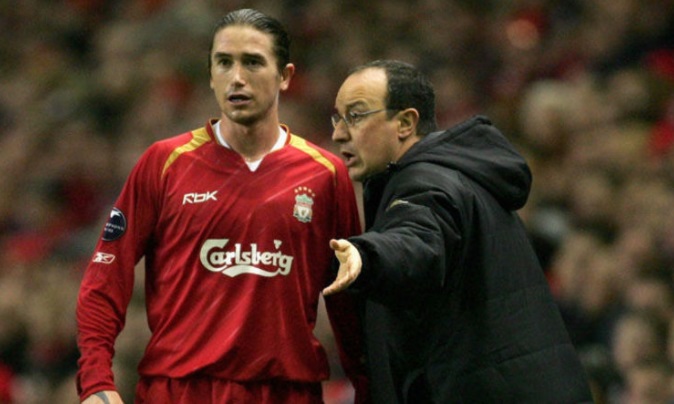 Things are really starting to go wrong for Rafa Benitez, and latest sack race betting suggests his days at Anfield might be numbered.

Liverpool’s season took another turn for the worse with Wednesday nights FA cup defeat to Reading at Anfield.

They now only have the Europa League left to play for as they are now out of the domestic FA and League cups, the Champions League and the title is long gone.

For me it is debatable as to whether they are even in the race for a top four finish. Such is their form and the form and money of Man City.

In a rare show of frustration from the loyalist of loyal fans the team were booed off at the end of the match. An incredibly rare event at Anfield.

I think it was Alan Hansen I once heard say that the fans will except defeat to a better team. But they won’t accept a lack of effort from their team. I think the fans response confirms which outcome this was.

There was little passion or commitment on show from the team when Torres and Gerrard where both on the field. There was even less once they both went off. It was like the team was rudderless.

Not only that, they lacked ideas. There was little creativeness – in fairness Aquilani is still finding his feet – and the likes of Ngog, Lucas and Babel just looked clueless.

If Ryan Babel really wants to stay and fight for a place in this team (as he stated he does) then that performance must leave you wondering what he would be like if he wanted to look disinterested in order to get a move away. It was unreal.

How much longer this can be tolerated from Rafa I don’t know. Surely he would be long gone with the gung-ho yanks by now, where he not on such a long lucrative contract.

Even the most ardent Benitez supporter who has stood up for him so admirably over the last few months must be questioning his faith after that.

If the performance on the pitch wasn’t bad enough, then his after match TV interview was. It was embarrassing.

When commenting on referee Phil Dowd’s performance, Benitez said “There were a lot of things out there I did not like, but I prefer not to say anything more.”

On the decision to award a penalty he said “You could debate for an hour whether it was a penalty or not, but what mattered was that it was awarded.”

It was a Pen, Rafa

Well I all I can say is that I watched the game and I thought it was a penalty.

I thought that Dowd had a decent game as well. My only complaint would be just where he got the two minutes additional time at the end of the 2nd period of extra time from? It was traditional Fergie time!

Rafa Benitez can’t keep hiding behind excuses. The defeat had nothing to do with the performance of the referee, it was purely down to his team playing crap.

How much longer will Gerrard and Torres tolerate this for? At Gerrards age he must be fast moving towards his last chance for a big move if he wants to win a domestic league title (not necessarily in England).

Surely he can’t stay there next season if Benitez is still in charge.

His tenure at Anfield is becoming laughable. It is starting to remind me of Gerard Houlliers last days there. With the excuse making similar to David O’Leary at Aston Villa.

At this rate even the contract won’t be enough to save him soon! And that can’t come quick enough for me.

Sack race betting has Rafa Benitez as the favourite to get the bullet next. The Spaniard isn’t an odds on certainty, but he is a lukewarm 3/1 favourite.

When you are football betting it is important to get a number of things right.

To start with you need to make sure you are using one of the best football betting sites.

A decent football betting site will have competitive odds, a decent sign up offer, and good offers for existing customers. These offers should be things like money back specials when your bet loses. They could be free games also.

The football betting site also needs to suit your gambling needs. There is no point going with bookmaker that doesn’t offer some of the markets you like betting on.